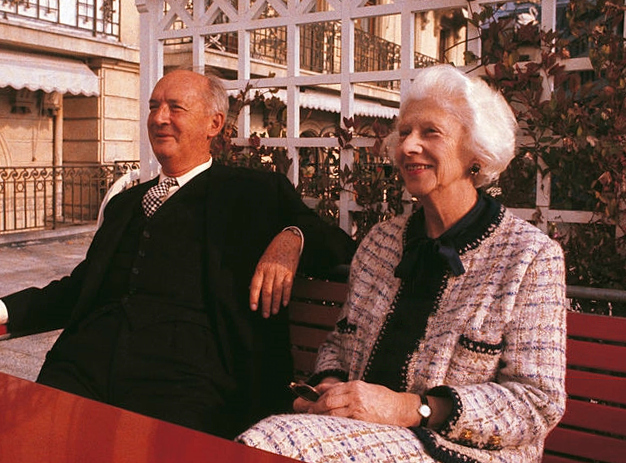 What made the great writer? “By the age of 14 or 15 I had read or re-read all Tolstoy in Russian, all Shakespeare in English, and all Flaubert in French”.

The perfectly polished prose of Vladimir Nabakov. His name, by the way, is pronounced Na-bo-kov with stress on the middle syllable per his poem: “The querulous gawk of/A heron at night/Prompts Nabokov/To write.” Na-bo-kov then, is wonderful because his spoken word is so awful, and his humour arrogant; his work as he would hate it called – an outlet.

His English exists in the patterns of writing that are separable from the inevitably messy business of speaking. His worldview is dated, as is his indifference to people or peoples, and to the primary ‘social problems’. For privileged him, pretty images and lilting sounds are all that mattered. An honest ivory tower.

Strong Opinions is an edited collection of interviews with Vladimir Nabokov across the years. An expert on writing if ever there was one, and strong opinions he does provide–in abundance: God, art, science, fiction and truth, film, the worth of writers, and spacetime are all subject to scrutiny. Needless to say, it is a very good read. Nabokov’s opinions are sometimes blatant and at other times subtle. Some are discernible from his no nonsense Lectures on Literature, tender Letters To Vera and his little known (because, intimidatingly brilliant) Notes On Prosody

Here is an archaeology of his reading:

Who He Calls Genius

Who He Thinks Great

Anton Chekhov: talent, but not genius–‘talant’ in Russian is more precise.

Nikolai Gogal: both dire and brilliant in his writings

Who He Thinks First-rate

Curiously, Virginia Woolf and Evelyn Waugh and many others go unmentioned–not curiously, so much as Nabokov chose not to read or mention them. He came upon Ezra Pound and T.S. Eliot long after the fashion; was unmoved. Had lunch with Graham Greene and once lectured to James Joyce, but he does not say what words were spoken to either (other than Joyce had a fondness, apparently, for sauerkraut), nor give an opinion on Greene’s stiff upper lip realism.

Vladimir Nabokov’s taste is formed by incomparably skilled knowledge of poetics and by personal egotism. He adores technicality, what he calls “the excitement of science and the patience of poetry” but he also enjoys works that are more similar to his own–Dostoevsky is the opposite so he detests, Karl Marx is the opposite with his social intent so he detests, Sigmund Freud is charlatan that invades the freedom of mind so detests.

The secrets of his success? Be enormously privileged, gifted, read an awful lot, have servants do all menial work (say, live in a hotel), and embrace poetry in this world, with an eyeful obsession for words and edits.

“Why do I write? Why, for something great to read, that is all.” Could be a quote from Nabokov.