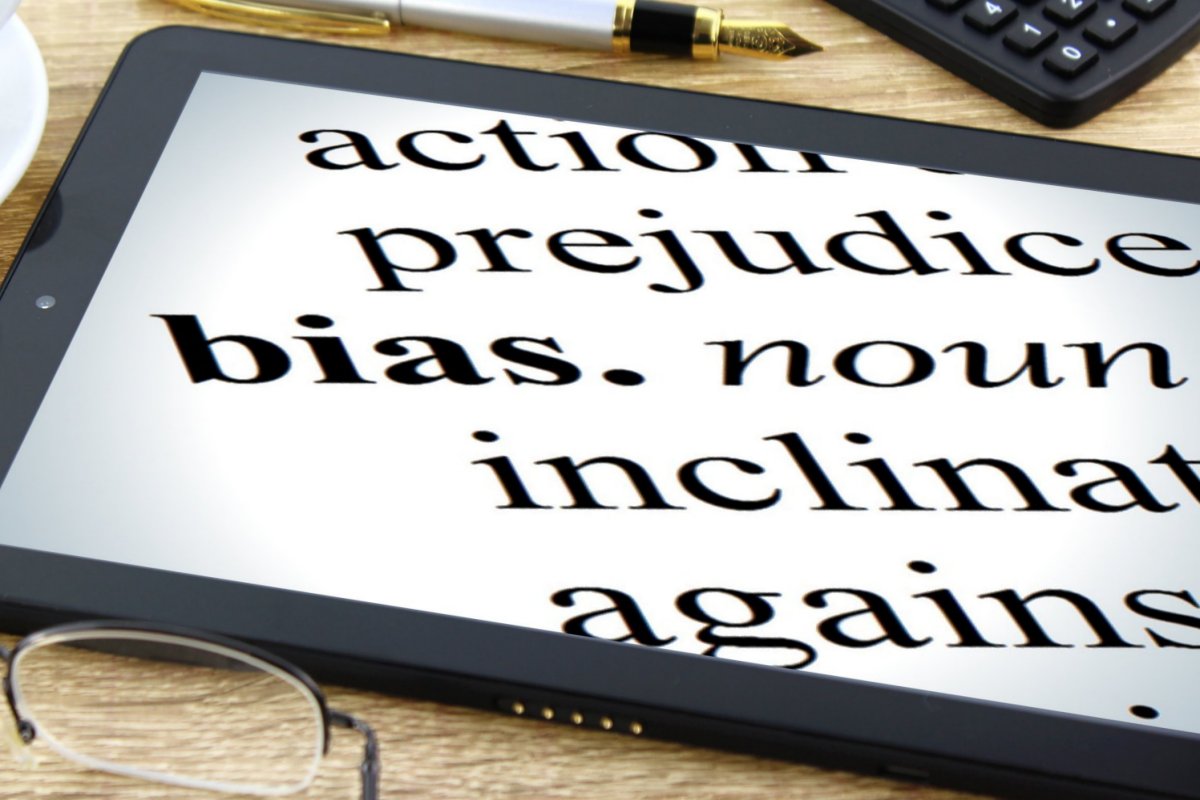 A recurrent phrase on and off line is: “you cannot trust the media: it’s biased!”. A phrase unwittingly similar to Junior George Bush’s mistrust of newsprint, when he said he only read headlines because newspapers “give opinions”. (Fake news and the conflation of lies and biases is not new with Trump).

The belief that there can be no bias in anything social is delusional, and comes from the harmful misconception that all problems can be solved like physical science problems can; as if probability and application-dependent opinions can become universalised facts. As though the varied and fluctuating opinions on taxation, for instance, could be reduced to a fixed fact such as the constant speed of light or any other of the tidier discoveries of natural science.

All media, like all people responsible for media, are biased one way or another; even the claim to be bias-free is ironically disproven by a bias toward the claim there can be bias-free over the claim that there always is! That bias can only be bad is wrong since it depends on whose bias it is and what is for them good or bad, or good or bad for the designed criteria or procedure involved–so there is good and bad bias that can only be messily and tentatively determined through agreements and disagreements, and revision.

When decrying bias what people generally mean is
A. Bias conflicting with their own
B. An incomplete representation of the reality
C. Vested self-interest and/or obviously deceptive orchestration.

For instance, whilst The Guardian is biased toward the Left, and The Daily Telegraph is biased toward the Right, they can still be trusted to provide broad perspectives; but only judgement after critical thinking and comparison of sources can provide the correct or probable conclusion, if indeed there is one available.

Readers that think ‘the Right are wrong most of the time’ are biased to the Left and so are biased to believe the contents of The Guardian (over The Daily Telegraph) most of the time; and this obviously applies vice versa. That is just how civil society works right now. Of course, there are varying degrees of bias; and media has a responsibility to deliver quality, justified honesty, with left, centrist, and right arguments. But who can ensure such responsibility is the culpable media users as much as media itself which (nonetheless exploitatively) caters to their click-rate ‘interests’. Journalists have a duty to present a range of facts and opinions reasonably, but many investigative journalists nowadays have a tendency to skew facts in a way that seems logical, but is puzzlingly inconsistent with how events actually took place. Not necessarily because they are bad, although sometimes they just are, but because controversy draws more staying-power attention: Think of the verdict for proven innocent Michael Jackson, deceased, who is still unjustifiably perceived guilty by some members of a ‘schadenfreude eager’ public who believed popular bad media over the verdicts of the justice system.

The idea of perfect ‘no bias’ is mostly wishful thinking which reaches into some academic writing where one is potentially banned from using “I” or “we” as though not having an “I” or “we” in the writing means some ‘all-knowing God’ has presented the text from the point of view of truth or channeled genius. Or, in usual argument, that the practice of writing without an “I” or “we” presents an externally objective or universal perspective: But, no, unfortunately it creates too many facets and diluted points of view for a balanced conclusion. It is ineffective compared to the solid ‘ultimately, I believe’, or ‘in this context I believe’ which is far more realistic – and actually readable – than some of our otherwise knowledgeable, elitist academia would have us believe.

To be biased is to be human, to be honest is to present bias forthrightly rather than to deny its very existence.

Ultimately any information other than the proven scientific laws of nature is biased. The probable certainty is so great for gravity or global warming or evolution their applications are almost always indisputable. But nevertheless within a lot of science, as was accommodated by Kuhnian paradigm shifts (systems of understanding becoming newly patterned to formulate a newer, attemptedly more precise, understanding of the world). Much of science relies on ‘yet to be provens’. Sometimes it relies on a biased view of what happens to X if we apply Y, in order to determine what really happens to X with Y. And even in intimidatingly unquestionable numbers there is unobjectivity: many mathematical theorems used to solve problems are unproven.

(By the by; this is relevant to what is peculiar about Einstein saying the speed of light is wonderful because it is forever; or Bertrand Russell stating Edinburgh is always north of London: Dead nature has no algebra or North, and although they are judged to be forever by scientific consensus they certainly cannot matter ‘forever’, since eventually no one is alive to marvel, know or learn it. Do rocks, or animals with different sensory anatomies or unknown aliens, know or care about such facts?)

Beyond extremes, say, gravity or case-based, self-evident pleasure being preferred to pain, no information can be transferred without intention or design or without the mediation of human thought; hence it is forever biased. But that does not make biases frivolous: Think of the general biases toward equality, democracy, good healthcare, and staying alive over their opposites.

Endeavouring to be more objective and reasonable is, of course good but changing the words ‘bias, or ‘prejudice’ to ‘value’ and ‘assumption’ gives an aura of objective authority which can gloss over how prejudice and bias are liable to overlap with value and assumption: Value and assumption suggest considered words and fair-mindedness that may merely present subverted biases and prejudices merely packaged more attractively.

Bias is everywhere, and endemic. More precision about representation, vested interests, and constructive bias lauded over dogmatic posing is what is required. Let us no longer confuse bias with bad; or subjectivity with futility; or media as a ‘the’ entity separable from what we share – and make news and media ourselves.