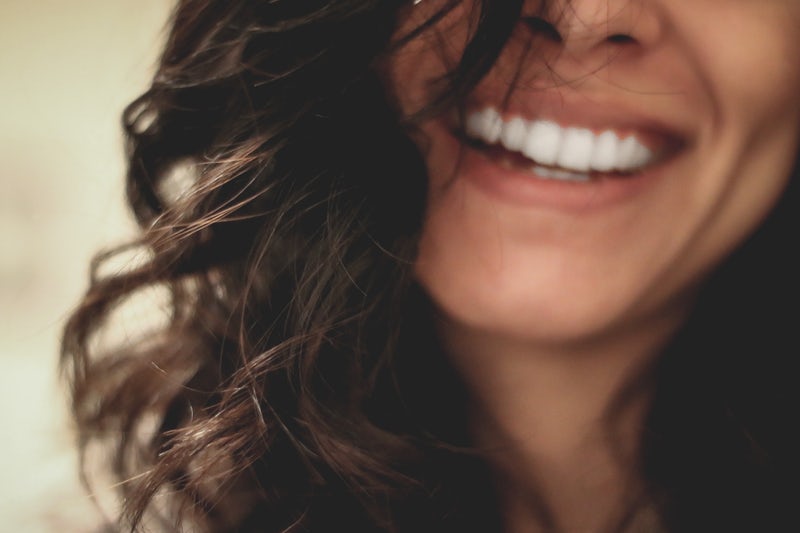 A typical post about happiness. Happiness is over-esteemed, yet like everyone in my culture I still research the heck out it. Everyone wants happiness. Despite meaning and fulfilment and pleasure being distinct ideas, and often requiring the opposite of happiness – I wanted to know how to be happier. These are four ways.

Happiness is as much caused by baseline behaviour as our conscious thoughts. Research shows that to overcome a bad habit, it is best not to quit but reduce. Because if you decide ‘I am gonna stop X forever’ that goal overwhelms your mind, and all you can think about is X. Giving yourself a never-again clause means that you may lapse into ‘one-more-time’ ad infinitum. Quitting is harder than reducing: to have more probable chance of quitting eventually, you ought to treat it like weaning a baby from milk. If you think ‘just once today’ think instead just once in two days; if you think ‘just once in two days’ think instead ‘just once in four days’. You catch my drift.

Reducing is displeasurable but plausible. We seldom do what makes us happier – psychology research around flow  suggests – over what is easier. Yet overcoming ease in the short term bring happiness in the long term. As psychologist of ridiculous name fame Mihaly Csikszentmihalyi writes in The Psychology of Happiness, children do enjoy watching TV and choose to watch TV, but reported happiness after viewing was lower than hobbies, by 14%. Television is the only leisure activity associated with cognitive decline; it isn’t harmless fun if excessive. Ask Dr Yakov Stern of Columbia University if you don’t believe me. A major finding of habits research is that such habits as childrens’ compulsive television watching cannot be stopped or killed, but only mitigated or attenuated. You cannot ‘kill a habit’ or stop what your body has become programmed to do. Instead, you must replace the habit with a better one to distract yourself and build new neural pathways. A dictum of neuroscience, called Hebbs Law, is that ‘neurons that fire together, wire together’. What you repeat become stronger, more connected.

Instead of doing that bad habit do an alternative reward. Do not quit wholesale but limit day-by-day to train your brain to different habits. It works. Indeed Charles Duhigg’s The Power of Habit has become a favourite of successful (read: business peoples’) reading lists online, and for a good reason: it’s a life-changing book. After citing a Duke University study which claims 40% of our day is habit, it teaches how to change habits – you guessed it – efficiently.

2.) Exercise for a Neurologically Fit Brain

Over 40 neuroscientists endorse exercise in The Guide to Brain Fitness. 30 minutes of aerobic exercise thrice a week (at a minimum) is good for you. It sharpens your mind. As does plant-based food and diurnal sleep patterns. The aforementioned guide is a compilation of doctor and therapist interviews. The guide outlines facts and advice about your biochemistry. Including how it affects your perception of the world. What makes it so exciting and fascinating is that there is no greater investment than your brain: optimising your brain is optimising everything. If your brain is your window into the world, why not invested in new panes or some window cleaner? Haha.

We are encouraged to do, do, do but that is a. impossible with limited hours b. bad for self-reported wellbeing. It has been proven; chronic stress impairs brain cell growth. By trying to have it all you end up with having less all around. Media may glamorise more-more-more, but that is a myth. We need less-less-less. Happily quit the majority of your hang-ups; get more done. I cover this here: The Secret to Success is Quitting.

Harvard psychologist Daniel Gilbert and its name-founder Barry Schwartz have long studied the paradox of choice. The more choices we have, the less we like the ones we choose. The more we have on our minds, the less our minds work. An abundance actually makes things less happy and more difficult.

Practising your skills and hobbies pleasures your brain into releasing dopamine. A Gallup poll (among the largest pollsters in the United States) found that those who practice hobbies or skills daily – as opposed at work for necessity alone – are significantly happier. The term ‘flow’ itself stems from the groundbreaking study of 150 laureate and world-changing achievers by Mihaly Csikszentmihalyi. They got to a Nobel acceptance speech by boringly repeating their skills.

And to actually improve your skills? Neuroscientist Daniel J Levitin in his timely Thinking Straight in the Age of Information Overload advocates that multitasking is a myth. If you want to improve at something the best practice is to break it into parts, then address those parts in themselves and put back together into a whole. Moreover, distraction makes you stupid. The brain only ever switch tasks attention between one task and another. Classes that go from background silence to background noise – say construction work outside or raucous conversation – have students with plummeting grades.

Thank your people and thank fortune for giving you heating, food, kind friends or on a bad day just think of the worse off: “I didn’t get knifed today, yay!”. It works. This reflection on small pleasures over disaster makes sense with Ed Diener’s research into consistent pleasure in other mammals. And research by Professor Emmons, argues it can make one 25% happier to have a gratitude journal or send life-thanks letters. How they put a percentage on that I know not; but it has worked, somewhat, for me too.

We forgive others and tell them it is not their fault, that they are essentially good, that we love them. We would do better to do much the same for ourselves. Forgive yourself and others and remember good memories. It is is a win-win for reported happiness. (If you ever wondered why The Dalai Lama is fashionable among neuroscientists – this is why.)

Yes, rehearse, because if you have to become optimistic you have to pretend. Fake it till you make it is a real psychological phenomenon usually called ’embodied cognition’. Research shows that you can helpfully delude yourself into optimism by deliberately altering the voices in your head to positively flatter. Even putting your face into a smile sends signals to the brain that you are happier than you were aware.

With people you enjoy even when you don’t ‘want’ to. If you ‘hate everyone’ science disagrees, you social animal. You may just hate yourself right now.

Think it’s nonsense? Nope. It changes the brain’s grey matter for the better

Most importantly just do these and stop over-worrying about ‘finding’ an idea like happiness. It is not what you find, but what you create and accept. The best way is to cultivate the parts of happiness–the above–rather than pursue what cannot be caught. A happy life is the sum of happy days. Happy days are the sum of small pleasures.