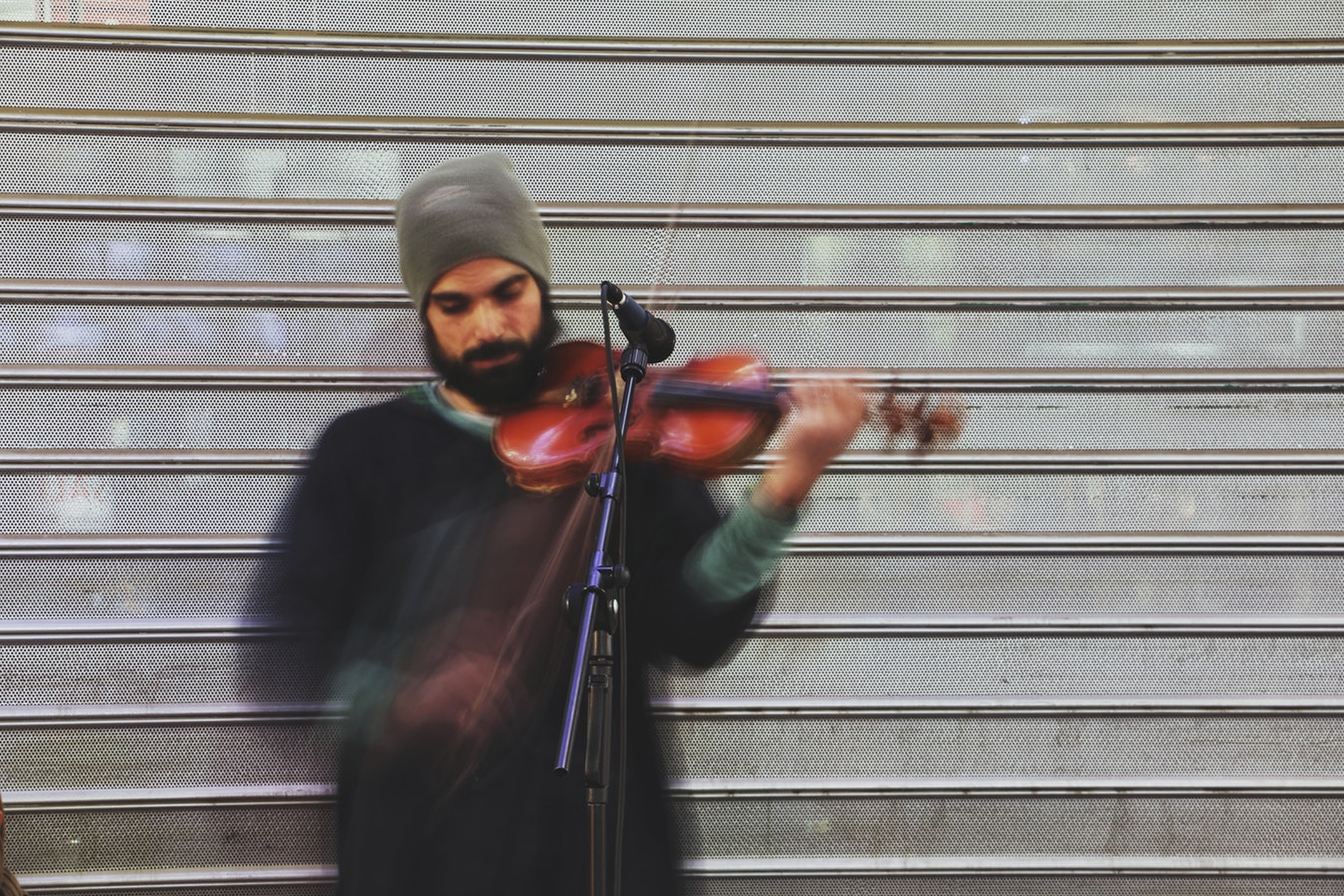 Following on from my post about the oldest song in History, I have mined This Is Your Brain On Music by the cognitive neuroscientist, music producer and musician Daniel J. Levitin. I have made a playlist of all the relevant songs he uses which can be listened to for free here. I made it because the examples Levetin provides are only examples if they can be heard. (The article carries on below it).

The book, This Is Your Brain On Music

is full of interestingness, such as what music does to your brain, what your music says about you, what music does and does not represent. Here are some, to me, amazing facts:

The difference between high and low notes is a cultural fiction, a metaphor we agree on because “high” and “!ow” are obviously spatial metaphors rather than applicable to sound. The Ancient Greeks called ‘high notes’ what we call ‘low notes’.

The twelve octave parameters of music are almost certainly universal—Indian or Chinese systems that have been investigated for difference actually are not as different as has been previously made out.

Babies are born with a preference for music they have heard in the womb, and on average prefer up-tempo music.

Contrary to public intellectual and cognitive linguist Steven Pinker music did not evolve as a superfluous byproduct of evolution but is comparable to language – both are, afterall, sound. Whereas music has been considered to be a spandrel, a byproduct rather than essential to evolution (analogous to penguin wings) music plays a role in social cohesion and meaning-creation; we bond over music and share emotions through music.

We are able to remember the meaning of language more easily, and music arouses feeling more easily so the combination of both make the most popular form—the love song. Love songs are also an excellent display of evolutionary fitness, that could explain why stars have groupies happy to sleep with them despite never having met. Notably it is sleep with them for creative genes, rather than marry them—says Levetin. The inessential superfluity of music is itself a use: for evolutionary advertisement like the peacock’s tail. As Robert Plant, lead singer of Led Zeppelin describes his touring days: “I was on my way to love. Always. Whatever road I took, the car was heading for the one of the greatest sexual encounters I’ve ever had”. Being rich and successful and admired has a social conformity affect that makes people even overlook looks—consider heartthrob Mick Jagger, and even overlook talent and looks—among stars like Ed S— (who remains unnamed like Voldemort.)

The westernised and globalised culture we often think is liberal and liberated is in many ways repressed. Song and dance universally go together in less capitalistic societies, and music is rampant rather than the preserve of musicians (producers) and listeners (consumers). For the tribal people of Lesotho—a tiny country surrounded by South Africa—it is a joke that someone could be insecure dancing or singing. For just as we have a mouth and lungs for speaking, we have a mouth and lungs for singing and dancing in ritualistic ways—that children in our enlightened societies are trained to ‘behave’, to not express joy or their feelings, is curious, and sad.

We enjoy music that is endorsed by our peers, our parents, our social group, and that we are most familiar with. Satisfying in-group behaviour is mediated by cultural products that are shared; music contributes to community.

But the real brain novelty, that gives rise to new pleasure, is in listening to different music, rather than familiar even though it might not derive as much pleasure instantly.

The most memorable and enjoyable music of someone’s life is when the brain is most sponge-like and emotional – during adolescence, and often connected to good memories, and love. Many couples have “their song”, for a reason.

Music can be an addiction, reminiscent of Oliver Sacks, musicophilia. The release of dopamine giving pleasure in the brain is a massive transbrain experience, that can exclude more beneficial or productive hobbies from consciousness.

The key to good music is the mix of meeting expectation and challenging them in a golden mean of good; between too simple that it is predictable and dull, and too complex that it confuses and irritates.

While some sounds like a long note can convey ‘dread’, a quick tempo ‘happiness’, a slow tempo ‘sadness’ as with almost everything these are not biological—innate—but an intersection of the biological and societal, nurtured-nature. Nonetheless, a study did find commonalities, where people identified genres and emotions from music they have never encountered so, had never been acculturated into before. Evidence can be read here

And has amazing implications for the nurtured nature debate rather than the rampant dichotomy of either/or within the universities.

Levetin evinces Ludwig Wittgenstein’s work on language games: we categorise for example by genre or music but that is more convenience and human made than an objective fact. For example Fleetwood Mac is Fleetwood Mac but there are three distinct Fleetwood Macs, three different eras. Is the band Queen really Queen if it does not have Freddy Mercury? It resembles Queen more than other bands but has lost some Queeness. The same is true of much music which has family resemblances between different sounds but is somehow unique, albeit with archetypes of genre that set trends and whole schools of music. Such as the harmony vocals of The Beatles from The Everly Brothers, the flexible voice of Buddy Holly taken by John Lennon, the loud-quiet-loud format of Pixies taken by Nirvana; the jangle sound of Johnny Marr in The Smiths taken from Roger McGuinn from The Byrds who took it from George Harrison on the Beatles For Sale album. Elvis taking from black stars like Muddy Waters, rock n’ roll taking from an amalgam of European and African genres mixing into one.

What is most characteristic of contemporary music is timbre and production. That is the unique sounds of different instruments and configurations that can play the same tunes or melodies, but with a different feel, or tone. Regularly, old songs are made new again by putting into a different format—often obscuring its superiors as The Beatles did reversing the chord sequence of a Beethoven Sonata for Because, and M Ward did covering Creedence Clearwater Revival’s Green River at a slower tempo.

A brain fires its cells at the same frequency as music; the sound of an owl’s neurons firing was the same pattern as the sound of the melody it has stored, The Blue Danube Waltz

“This was exactly what he found. And because the electrodes put out a small electrical signal with each firing—and because the firing rate is the same as a frequency of firing (as we saw above)—Petr sent the output of these electrodes to a small amplifier, and played back the sound of the owl’s neurons through a loudspeaker. What he heard was astonishing; the melody of “The Blue Danube Waltz” sang clearly from the loudspeakers: ba da da da da, deet deet, deet deet. We were hearing the firing rates of the neurons and they were identical to the frequency of the missing fundamental. The overtone series had an instantiation not just in the early levels of auditory processing, but in a completely different species.”

Musicians have more cognitive reserve – that is use more of their brains so are better able to endure brain decline; songs are among the last memories of those with degenerative brain diseases.

Absolute pitch, the ability to hear and recognise notes perfectly is only present in 1 in 10,000 people including Paul McCartney and Joni Mitchell

Rock and roll music became popular because of cultural causes like the baby boomer generation, car radios, but also because the backbeat and different timbre options have become the most prominent feature of major music to-this-day.

That’s all very interesting, so what d’you love about music. Let me know: what’re your favourites? We often can’t tell why for all the science above – It’s often ineffable, as Friedrich Nietzsche—philosopher, poet, composer, you can listen to here— said: “without music, life would be a mistake”.

One thought on “The Neuroscience of Music”