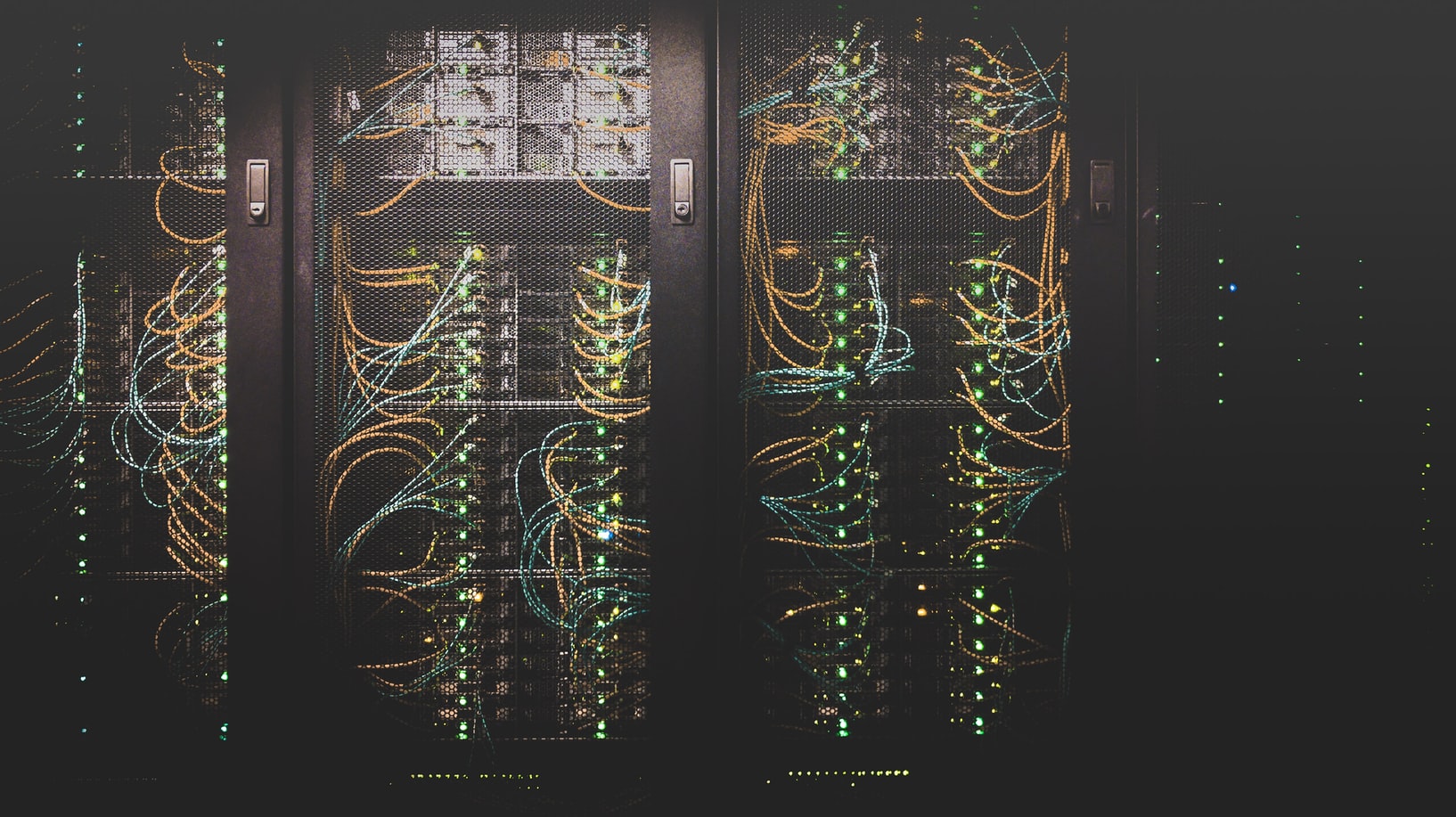 There are competing stories about when the internet came into being, who made it, whether it could only be made in America, and where the internet ends and the world wide web begins. These competing stories are evident in online forums such as the HTTP co-inventor Vint Cerf’s post on Quora, and media articles from The Guardian and documentation from the USA Science Foundation, linked here, here, and here. In the following, I will put forward assertions and counter-arguments to them, detail a little the implications for innovation in principle, and suggest new scope for how we can understand The Internet and contingent innovation today.

Nationality need not imply braggadocio; given the right conditions—external and internal—any persons, whatever nationality, could achieve the string of innovations that constitute the internet.

State science made the American innovation system have the edge internationally, but that does not follow to other innovation systems never achieving similar outcomes given similar-enough institutional economics, nor denies innovation influence running both ways; no ARPA does not mean no other state innovations would ever realise ARPAlike ambitions (although ARPA certainly did raise the rate and connections conducive to swift innovation)

Bernards-Lee didn’t invent the internet, they say, but he did invent the browser functionality of the world wide web. It’s nonetheless akin to adding a steering wheel to a car: as quantity it is small, but as quality it is a huge feat in making the internet useful to citizens the world over.

If I ask Google these questions I get these answers.

These are the top results for me to these questions; you would likely get different responses. In a literal sense then, we get different answers to the same questions, depending on how devices negotiate what we see.

Nonetheless, ideology creeps in with value-judgements about nationalism and innovation as a win-lose game. Namely, these narratives contend that Americans and American money made the internet; that the internet is more important than the World Wide Web; and that the internet and world wide web are so distinct as to be on separate sides of techie’s Venn-diagrams; and that individual inventors or entrepreneurs are where the action really is.

Professed inventors Tim Berners Lee and Vint Cerf occasionally play into this distinction between WWW and the internet, that in workaday life is immaterial. They quite literally perform their inventor roles on the worldstage. See below.

I think it is more useful and more accurate to treat the internet and world-wide web as connected by the logic that using computers today would not work well without either. If we consider the internet a car, and the world wide web a steering wheel, then the steering wheel is a pretty darn important component for making the car useful. (Akin to the touchscreen on a smartphone making all the difference in smarts for users’ comfort.) The narratives, too, that the internet was an infeasible and wild invention, that it owes existence to individual Americans’ zeal, and that the internet is autonomous, as upheld in Google’s proffered answers, are all wrong. Revising these histories is useful for getting a better grasp of how innovation works as an evolutionary process in which open-ended research is steered through states, exchange, and incremental—often profitless—advances rather than Promethean feats of invention or wildcard venture capital.

The internet as I define and know it is a network-of-networks that has components: such as, packet switching, the hypertext transfer protocol, and url browsing through the world-wide-web. The notion that without funding and massive efforts the internet would never have happened are however misguided. Because these components are invented given the right conditions. Just as similar eyes evolved on separate, convergent, evolutionary lineages, so too would similar internet components be artificially and naturally selected. While it is tenable the internet would have a different shape if it evolved in London, Tokyo, Mumbai, or Shanghai, the internet and its materials did not come from divine inspiration, but ingenuity and chance, facilitated through state money negotiating the ground rules of physics. In a very real sense, the possibilities for internet communications already existed and had dormant demand out in the world. There are only so many evolutionary paths for innovation to take. (The lightbulb, for instance, was independently invented no less than 23 times.) It is very much possible, in a counterfactual history, that there could have been a Silicon Surrey in England rather than a Silicon Valley in California. This is made clear by the convergent evolution of packet-switching separately in the USA and in the UK.

The National Physical Laboratory (NPL) in London was part of the 1960s computer revolution. Prime Minister Harold Wilson created the Ministry of Technology to steward industrial strategy in the UK, in a more concerted effort at commercialisation than ARPA. The NPL does path breaking work to this day, “from new antibiotics to tackle resistance and more effective cancer treatments to unhackable quantum communications and superfast 5G”, its website says. A state-paid scientist at the NPL, Donald Davies, was eager to be part of Wilson’s 1960s tech revolution. Davies invented packet-switching, made a prototype network at the NPL, and proposed a national interconnected network that would have been a passable ‘internet’.

Davies observed how postal deliveries came in waves and were relayed through message-switching in the telegraph system. The post-office sorting-houses whereby switching packet carriers—postmen and their vehicles—enable for efficient and timely delivery of packets. He applied these workaday principles to invent the best method for a connected network of routers and computers—packet switching. The bits of data are analogous (I think so, anyway) to a cumulative or queued delivery that comes in packeted parts being cheaper, and more reliable, than coming all at once in an overencumbered packet to just one destination and one recipient at a time.

Davies made the first packet-switching network in the world, at the National Physical Laboratory. Davies had in mind user-friendliness and time-sharing computer use. Davies proposed to create a national network that had commercial viability for citizens. Presaging Apple’s and Xerox’s success in making interfaces user-friendly by decades, Davies contended that “a further aim requirement we must keep in mind constantly is to make the use of the system simple for simple jobs. Even though there is a communication system and a computer operating system the user must be able to ignore these complexities”. Unlike the Cold War invention of packet-switching in the US which was invented for communicating after a nuclear strike, Davies saw how a packet-switching network for Britain could become an impactful export. In 1965 he proposed to the General Post Office to build a national network prototype. I quote:

“Such an experiment at an early stage is needed to develop the knowledge of these systems in the GPO and the British and communications industry. . . It is very important not to find ourselves forced to buy computers and software for these systems from USA. We could, by starting early enough, develop export markets.”

He saw comparative and first-mover advantages in the UK developing its communications industry. Lest you think his vision does not resemble the internet as we know it, he foresaw remote data processing, point-of-sale transactions, database queries a la search engines, machine remote control, and online betting shops. He also proposed the national packet-switching network as a cost-saving for cheaper communications than phone rates. The network was to be routed between British cities through telephone lines that allow for fast response time and interactive computing, with personal computers able to join the network at local sites with economies of scale.

The NPL prototype, the Mark I, was the first network with each component able to interact: ordinarily one would, from a terminal, have to login to a computer to print a file whereas in Davies’ system one could command the printer to print from the terminal directly. A huge advance in user-design. The Mark 1 was ready for scaling-up beyond the laboratory walls. But the General Post Office saw no feasible return on investment in Davies’ proposed prototype, and the obtuse field of computing and data communications seemed to have no bearing on their industry. Therefore the British internet was never created; Silicon Surrey never came to be; and without a wide distributed state network innovators had less material to work with than in the United States’ milieu that became California’s Silicon Valley.

Indeed, in the USA packet-switching had been separately invented, to keep communications in the event of a nuclear strike, by Paul Baran. Advanced Research Project Agency would come to be known as the inventor of ‘the internet’ for taking the ideas of Paul Baran and Donald Davies into practice, making a big interconnected network, a proto internet. ARPA had money to spare because of the discretion of then president Lyndon B Johnson who favoured blue skies research that had no commercial use, but might give Americans comparative advantage against the Russians. ARPA, like NASA, was created after the Soviets launched the first satellite, Sputnik, in 1957. The internet is therefore somewhat thanks to the Russians! ARPA was like the Ministry of Technology, but primarily contracted faculties after they proposed interesting projects; Lawrence Roberts, a computer scientist at MIT, managed the ARPA group who made the ARPANET possible. With huge state-funding and zero commercial mandate, ARPA succeeded where NPL had failed to persuade the General Post Office. (Lest you think state owned post offices are necessarily regressive, the German post office invented the video call In 1936.)

In a classic case of increasing returns, the tinkers of the HTTP protocol, an Indian named Yogen Dalal, Americans, Vint Cerf and Bob Kahn, Carl Sunshine and a Frenchman named Gerrad Le Lann all converged on running the HTTP protocol. The Stanford and Berkeley team succeeded in making ARPA-net, and eventually the National Physical Laboratory and the French Clydes were connected in a first intercontinental, and early, digital internet. Yet, contrary to Promethean invention, US nationalism, or a static definition of the internet, the world-wide-web made the internet usable widely through browsing, and the origin of the world wide web came from blue-skies state-funded research primarily from Europeans at CERN.

So, what has this plodding narrative addressed? Well, we have seen that the invention of the internet wasn’t a miracle but the material for invention was dormant, seen that definitions for the internet often play along vested national interests and pride lines rather than the facts, and that a swathe of technologies and their inventors were funded into being through state-money without much financial return at all. As the plaque at the Gates Building at Stanford University  – Birth of The Internet – makes clear.

Innovation is an evolutionary process that happens with international networks tinkering on already existing models, and playing around with moving one approach into a different implementation. The circulating histories of the internet – on the internet – therefore, bury the complexity, state-business partnerships, and internationalism that made the internet, well, the internet. The internet was no miracle, and by no means inevitably American in its invention and implementation. However, today, countries like the USA do have the majority-share in controlling digital real estate, either in directing companies or in having executive rights to interfere with others’, and other nations’, superficially ‘autonomous’ internet. That is partly due to lock-in and first-mover advantage. The move towards autonomy and internet neutrality actually grew out of a cycle of statist regulation and dysregulation—social-democratic depression spending, war tech, cold war tech, neoliberal extraction, and back again to a social democracy revival—that characterises USA tech policy to this day.