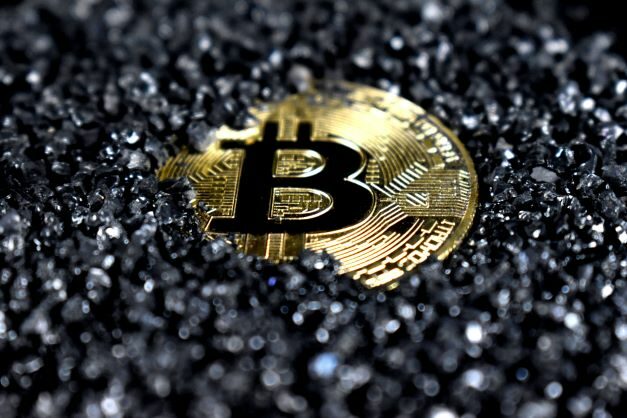 A lot of noise is made about bitcoin and cryptocurrency. Take Jack Dorsey, for example, whose Tweet leaves little doubt about his enthusiasm.

A few men I know invest in bitcoin or some other cryptocurrency. And let’s face it, it is primarily men who enthuse about it as a disruptor or liberator. For some indication, consider how one-in-three British men hold an investment—of any kind—whereas one-in-five British women hold one. It is fanciful to imagine that trend is reversed with esoteric e-coins; at least the burden of proof rests on falsifying the claim rather than on proving it. Many sources—like the YouGov poll I cite above—claim this gender-gap is down to ‘lack of knowledge’ or ‘lack of confidence’. On the contrary, I think it is just that their knowledge and confidence is simply against investment finance follies and unfairly gratuitous inequity. Consider the following facts.

China has banned crypto; venture capitalists have invested 30bn in crypto; hackers stole 14bn in 2021. Instead of liberating people from depending on third parties, the transaction platforms for the currencies have fees, and those who transact in them are unequally skewed as well (and worse than dollar distribution) since 01% of Bitcoin holders control 27% of Bitcoin and just 16-in-100 Americans trade in e-currencies at all.

For an analogy, the Savoy hotel is open to all, but to stay there you must have a lot of spare money.

Young men in particular with a tech background are into ecoins. Why? It is an example of a self-fulfilling prophecy: young men in tech are into ecoins because other young men in tech are into ecoins. It is weird to say, but e-currencies are a popular mania, like skateboarding, but for people who want to get rich. For me, it is a bit like the fairytale about the Emperor’s New Clothes. In the fairytale, swindlers come to town and convince the Emperor that they create illustrious and luxurious clothes, whose special property is that they are invisible to the stupid and the incompetent. Instead of going to the emperor though, the bitcoin swindlers sell invisible clothes to the masses. Those who think themselves clever—who don’t want to be stupid or incompetent—jump in on the action, buying, selling, and converting these ultra-convenient fabrics. Those with the biggest stake in these new clothes keep cajoling the citizens that these clothes are revolutionary. Some come to genuinely believe what they say. They are so much more efficient, that you don’t even have to get changed! No way are the old clothes going to keep value with these going around. Those stores that don’t accept or sell these clothes—they are blinkered, old-fashioned, no way can they survive in this new age. Unfortunately for those with fortunes in ecoins, it is bitcoin and its corollaries which are doomed.

Cryptocurrency lets you make electronic transactions; but so do bank accounts, debit cards, Paypal, Venmo etc. All these other methods involve trusting a third party; but unless you’re buying drugs, assassinations etc. that’s not a big deal 6/

Because bitcoin is converted into dollars to have value, bitcoin depends for its value on the institution—state money—it purports to subvert. The few companies which take bitcoin convert them into dollars immediately. The bitcoin foundation pays its employees in US dollar, at whatever the going conversion rate. To resume the reworked-parable, while some in the masses are converted to these wonderful new clothes, the emperor and his coterie are not: they are suspicious and resentful. How are the emperor and the coterie to manage the national currency, if a rival currency wants to undermine it, and cajole citizens into trading in it? Do they think the emperor’s currency is stupid? The answer is actually easy: the emperor and his coterie make e-transactions easier in the national currency, and dispense with the idea of bitcoins and other rival e-coins altogether. For sure, e-coins are gonna be traded and go up and down, for a long time yet, but it is a feasible money not in practice, but in name alone.

Money is a unit of account, a store of value, and a reliable means of exchange. Since e-coins cannot directly be exchanged for things, it fails on the exchange count. Since its value fluctuates so massively it is not a unit of account—having to check its value before a transaction into USD—and as a store of value it is unpredictable too. The man who first used it to buy pizza had he kept the bitcoin and sold it for millions of dollars would have made a fortune, but at another time he would have made a loss. If you had bought pizza ten years ago for what then amounted to $43 and now amounted to $10.2M, you would think the currency (bitcoin) absolutely irrational—well, it is.

For all the mania about frontier virtual currencies, virtual currencies are ancient. The digital ledger tech of an e-coin is just the digital instantiation of an old ledger where who owns how much is kept on record for all to see. These virtual accounting currencies predate commodity currencies like those in gold, animal pelt, silver, and wampum. Mark a line for each bushel of wheat. E-coins rather than being revolutionary, therefore, are a return to ancient Babylonian accounting methods plus anonymised digital records.

Without the unanimous backing of the proverbial emperor, the government, and the people bitcoin can never serve as real money. Bitcoin and e-currencies have accelerated—rather than initiated—a transition to digital transactions, but those transactions are likely to remain in the capable hands of central banks, as, say, e-dollars and e-pounds.

Given how we can still legally transact with pennies or dimes, the e-currency ‘revolution’ is going to be incremental, overblown, and oversold.