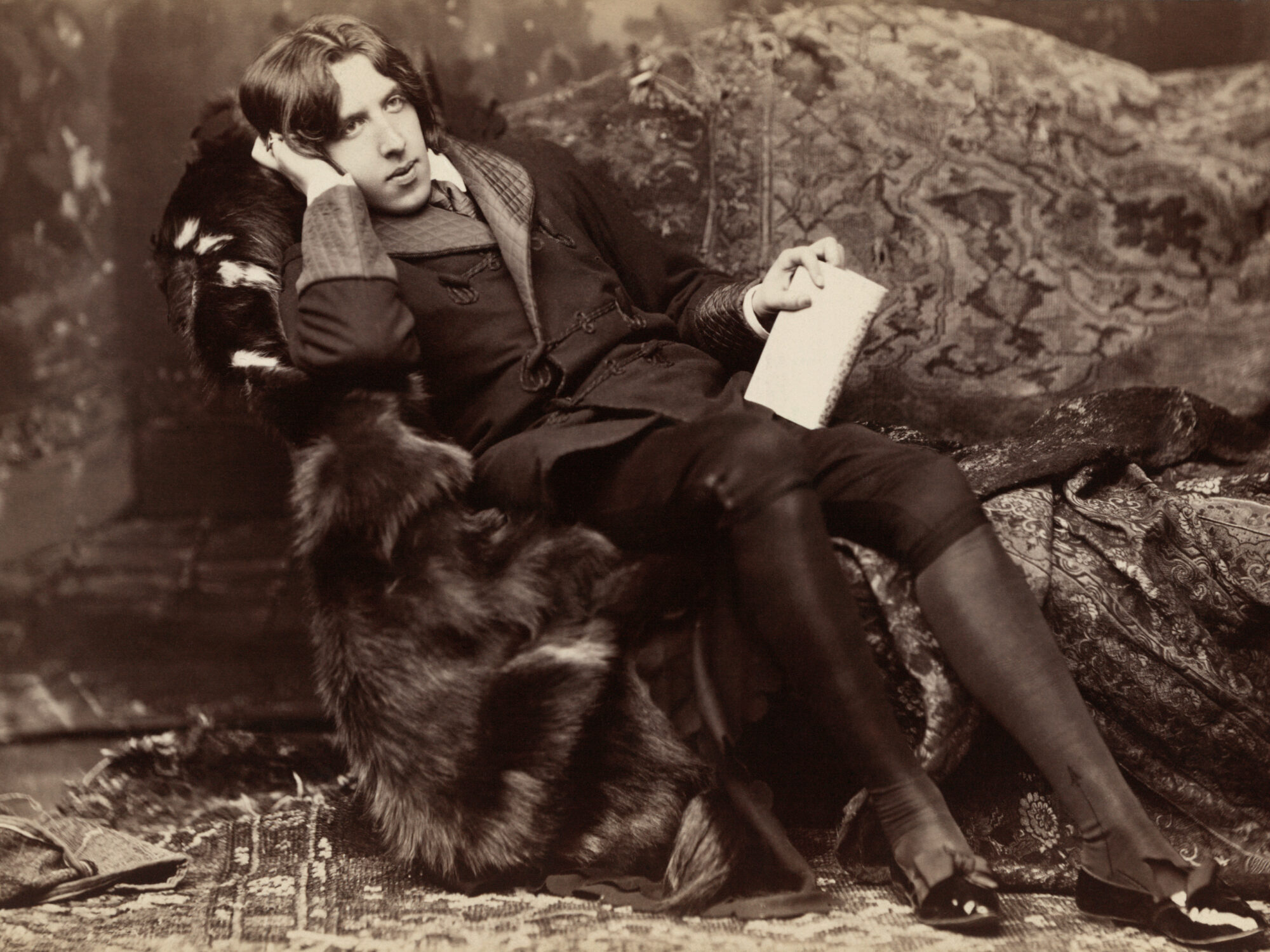 These are techniques that can help you write better. These techniques have become secret to most because the study of rhetoric has recently been shunned because of the misconception upheld by educational fashion that it decorates what ought, somehow, to be plain and ‘natural’–ironic given the consensus that form and content are in practice inseparable. On the one hand academia drowns in many different terminologies for these techniques and on the other academia busies itself with sociopolitical readings; on what instead of how, so the secrets to great writing remain obscure. I was delighted then, to read Mark Forsyth’s The Elements of Eloquence

which details some of the most used techniques of Oscar Wilde, Sting, William Shakespeare and many more.

Without further ado they are:

Hyperbaton: Opinion-size-age-shape-colour-origin-material-purpose-noun. This is the given word order of contemporary English: if it is violated in a not stylistic way it is plain odd: as in “green great dragons”, rather than great green dragons–which J.R.R. Tolkien’s mother corrected him to writing, to fit standard English, as a child. So the “lovely little old rectangular orange French silver whittling knife.” When you repeat a word with a different vowel the order is always I.A.O: bish, bash, bosh, fish and chips, flip-flop, tit for tat, hip hop, ding dong. The changing of the word order can make for memorable lines, like John MIlton’s “pastures new” but can also fail.

Anadiplosis: “fear leads to anger, anger leads to hate, hate leads to suffering”. The use of ending word in a new clause is anadiplosis, that Yoda often uses. Anadiplosis occurs in poetry and speeches and good songs like Here, There and Everywhere by The Beatles, which sounds lovely with the beat and inflection given by Paul McCartney

“To lead, a better life, I need my love to be here. Here making each day of the year. Changing my life with the wave of her hand. Nobody can deny there’s something there. There running my hands through her hair. Both of us thinking how good it can be. Someone is speaking but she doesn’t know he’s there”

“No, you unnatural hags,
I will have such revenges on you both,
That all the world shall … I will do such things …
What they are, yet I know not: but they shall be
The terrors of the earth”

Synaesthesia is the overlap of senses, the example given is Raymond Chandler’s line: “she smelled the way the Taj Mahal looks by moonlight”. Touch can work for sound and for image as in a ‘sandpaper’ voice, or a ‘warm’ painting. Taste works for (negative) bland or disgusting or (positive) delicious, tasty, gossip. An abstract such as “victory” with a sense like smell works wonders, “You know that smell, that gasoline smell. That whole hill smelled like … victory” is the most memorable line of Apocalypse Now.

Merism is naming the parts to more thoroughly encompass the whole. Hence ladies and gentleman, sick and well, rich and poor, young and old, idle and busy, short, tall, men, women, boys, girls attempts to cover everyone present in a more entertaining way than logically direct ‘everyone’. This binary thinking misleads but recurs time and again. Referring to thinking about something both night and day has more rhetorical effect than “all hours”, and is a binary with overlap: twilight. This could make a tricolon: I think about you “day, night, and twilight” but in more breakdowns into hours, say, “I think about you morning, afternoon, mid afternoon, late afternoon” and the rest, would be ‘too much’.

Polypton is making a pun based of two similar sounding words as in Bing Crosby’s “please lend your ear to my pleas”. The homonym of ‘pleas’ and ‘please’ makes it work at two levels.

Periodic sentences are longer clauses that work by using conjunctive words or punctuation to good cumulative effect: as in the famous Police song Every Breath You Take, below. Rudyard Kipling does the same with his If poem; ‘if’, a conditional conjunction, repeated for the many conditions it takes to become a Victorian man.

Every breath you take,
Every move you make
Every bond you break,
Every step you take,
I’ll be watching you.

Anaphora , repeating same word at start of each phrase or lines. The use of “every” above allows for every verb to be covered. Consider the more sophisticated passage below from Virginia Woolf’s essay On Being Ill:

“Considering how common illness is, how tremendous the spiritual change that it brings, how astonishing, when the lights of health go down, the undiscovered countries that are then disclosed, what wastes and deserts of the soul a slight attack of influenza brings to view, what precipices and lawns sprinkled with bright flowers a little rise of temperature reveals, what ancient and obdurate oaks are uprooted in us by the act of sickness, how we go down into the pit of death and feel the waters of annihilation close above our heads and wake thinking to find ourselves in the presence of the angels and the harpers when we have a tooth out and come to the surface in the dentist’s arm-chair and confuse”RInse the mouth–rinse the mouth” with the greeting of the Deity stooping from the floor of Heaven to welcome us–when we think of this, as we are so frequently forced to think of it, it becomes strange indeed that illness has not taken its place with love and battle and jealousy among the prime themes of literature.”

The participle “considering”, noun “illness” uses of prepositions “when”, “how”, “what”, and verb “think” all closing in “it” – that encompasses illness and its facets explored – makes the sentence of 181 words perfectly grammatical. To translate to “illness occurs so often, it is strange it has not been covered as a theme more often” would not evoke and involve in the experience as much as her elaborate sentence. The content of the message matters less than the form of words in the delivery–as we know, from politics.

Parataxis and Hypotaxis are essentially the choice between simple English that imitates plain speech and complex English that takes on more style of the written word. Parataxis is plain English. It’s like this. The dog sat on the mat. I saw the cat yesterday. One simple thing, then another. It is very fashionable in this century because of competing media and reduced attention spans and literacy–short, lucid sentences of Hemingway and Orwell are admired more than the hypotaxis of Samuel Johnson, Charles Dickens, or Jane Austen that goes into multiple clauses. To parody or convince either can be used: it depends on the sensibility of the audience.

Diacope is: “Bond, James Bond”, the sandwiching of of one word by the one preceding. “Game over, man, game over”, “dead, he’s dead”. The phrasing makes memorable lines. The most famous of all: “to be or not to be”.

Epistrophe, Anaphora, Epanalepsis: is placing the word at the end “a fine woman, good woman, wonderful woman”, anaphora is placing at the start “Cannon on the right of them, cannon to left of them, cannon behind them”, and epanalepsis is the middle of words: “Michael always made stew with onion, garlic and cheese; pickle, garlic, and sweet potato; lentils, garlic and curry paste”.

Syllepsis is the joking use of one word in its multiple meanings, for example “Rosamund Lehmann complained of James Bond novelist Ian Fleming: “the trouble with Ian is that he gets off with women because he can’t get on with them”. “Make love, not war” is a subtle one.

Chiasmus is similar: “you stood up for America, now let America stand up for you”, “whether we bring our enemies to justice, or justice to our enemies”, and most famously “ask not what your country can do for you, but what you can do for your country” It is essentially grammatical symmetry but works best when the symmetry is an inversion of ideas as well as words–which is why the above works so well.

Transferred adjectives, is when an adjective is applied to a standardly wrong noun. From funny P.G. Wodehouse, “his eyes widened and he dropped an astonished piece of toast”, to the wonderfully brutal Wilfred Owen poem “Gas! Gas! Quick boys – an ecstasy of fumbling, fitting the clumsy hats just in time …”, there is also a “knowing smile” or a “sarcastic laugh”, that in an objective way are rare, implausible.

Personification is the description of the inhuman in personal terms, “duty calls”, “sleep beckons”, or Shakespeare’s personifying of “shuddering fear” and “green eyed jealous”

Prolepsis is using pronouns before the nouns to which it refers, thus in Philip Larkin’s line “they fuck you up, your mum and dad/they may not mean to, but they do”, the initial start with “they” explained later is best: change it to ‘you’re fucked up by your parents’ and it is not as rhetorical, or memorable. (Mum and dad even is a merism of parents, notice that?). Katherine Mansfield’s stories, often start with a vague pronoun in reference to an event, or character; having “he”, “she”, “it” before the event that is explained (or enticingly unexplained) through the course of the story.

Congeries is a piling up or listing of items that aims to overwhelm or impress the reader or speaker. F. Scott Fitzgerald uses it to convey the quiet desperation and horrid excess of the rich in Tender Is The Night: “with Nicole’s help Rosemary bought two dresses and two hats and four pairs of shoes with her money. Nicole bought from a great list that ran two pages, and bought the things in the windows besides. Everything she liked that she couldn’t possibly use herself, she bought as a present for a friend. She bought coloured beads, folding beach cushions artificial flowers, honey, a guest bed, bags, scarfs, love birds, miniatures for a doll’s house, and three yards of some new cloth the colour of prawns. She bought a dozen bathing sutis, a rubber alligator, travelling chess set of gold and ivory, big linen handkerchiefs for Abe, two chamois jackets of Kingfisher blue and burning bush from Hermes – bought all these thing not a bit like a high class courtesan”… and it goes on for a whole page. Lists work in the speech by Australian Prime Minister Giula Gillard’s Anti-Misogyny Speech because the human weakness for hearing apparent evidence, or repetition makes it more persuasive and compelling. Piling on examples of his sexisim makes for a great speech. https://www.youtube.com/watch?v=7ziGZCE7fC8

Pleonasm is the redundant use of words meaning the same (or incredibly similar) thing to press the acceptance of their meaning – a safe haven, a strong enduring bond, a good, loving, healthy relationship. Even in wedding vows “dearly beloved”, “gathered together”, “join together”; there are prizes that you – surprisingly – win, Cooperation that is – surprisingly – mutual.

Numeral dropping: using a number to promise a given number of tangible points or take aways, or give an impression of reality or coherence – the nine ringwraiths, the five second rule, the 10 ways-to-lists all make use of this.

There are more obvious devices that if actually used do work: metaphors, similes, paradox, verse, rhyme, alliteration, assonance, consonance, understatement, exaggeration, non-standard grammar to capture verbal thought, rhetorical questions (though there are many kinds of rhetorical questions, fourteen or more); so many. Language is inexhaustibly fascinating.

To discover how these and more work there are books by Professor Sir Brian Vickers, Richard Lanham, and the more readable You Talkin’ To Me?