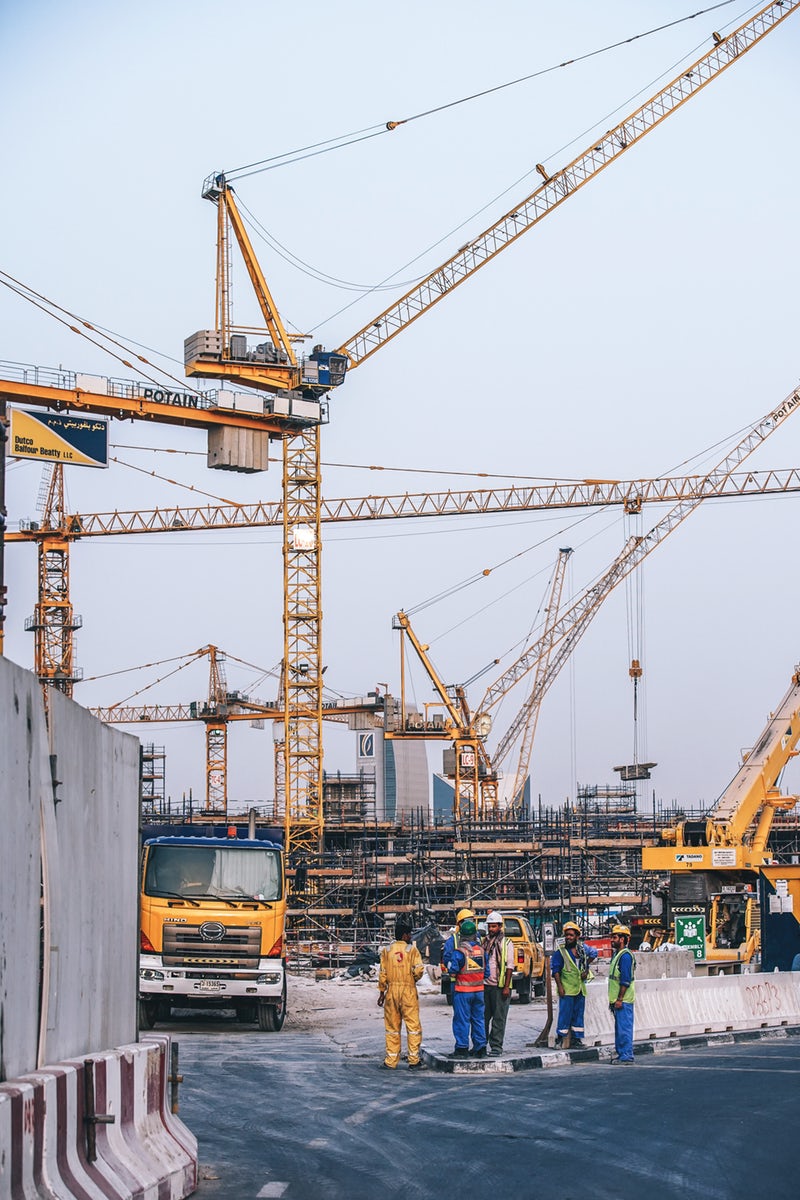 There are more slaves than there ever has been therefore the world is worse than it ever has been. That is my parodic example of oversimple and overgeneral Pinker-logic.

Actually, it was the Sociologist William Bruce Cameron. But Einstein’s celebrity authority, is like Pinker’s: if he says it, it becomes more believed. The full quote is:

This is very much the spirit of Steven Pinker’s book, Enlightenment Now. with too little acknowledgement of the wisdom of the final sentence. The book uses data to argue for Reason, Humanism, Science and Progress but is overambitious as a cognitive linguist by trade determines what is proper moral reasoning, what the Enlightenment is, what Humanism is and assumes progress is inevitable.

is an important book for putting an awful lot of data in one location and I agree for the most part, but I don’t agree because it’s objectively proven by data removed from consensus value-judgements. An intellectual overstating the quantitative instead of the qualitative for, say, happiness really is too on the nose and “vulgar American can-do-ism” to me. The assumption of progress is loaded too much with all-gain naivety and blinkered-thinking, for a gain of, say, computers will mean a loss in other ways: attention deficit, pornography addiction, cyberwars, diffused communication, and mental health problems (not to mention automated killer robots, yay!).

That having a computer or smartphone is the better choice overall (if it is really a ‘choice’ if your peers, education and employment decide for you) does not mean we can self-righteously declare progress and superiority to nonindustrial societies or our ancestors who having never experienced our progress never knew how bad they had it – so did they have it bad to them really? Whose progress is it, says who? There is no comparison except looking from the biased present with the modernist or chronology snobbery decried by Einstein in his wonderful Ideas And Opinions

, or the parochial view of ethnocentrism. (Ethnocentrism by the by means this: evaluation of other cultures according to preconceptions originating in the standards and customs of one’s own culture.)

For declaring progression means allowing for regressions among progressions. And the metaphorical climb, line or ladder of either/or progress or regress doesn’t exist in a chart but chaotically varies across contingent vocabularies, communities and histories in a much less neat and less comfy way than this very righteous book tries to make me believe. Lacking rigour is effective marketing; Bill Gates certainly liked it enough to say it’s his favourite book ever. Maybe something to do with validating his effect computerising and homogenising the world. But who is he to say? An American billionaire that does philanthropy American-style; giving away without sacrificing anything personally. Getting applause too, and to buy (take) esteemed art from public galleries.

Pinker takes an oscillate trend like violence going down since world war two continually to declare progress, but that fact is different from ethical claims about the world getting better, ‘progressing’, as a totality, for it gets better in some ways but worse in others in exchange. The reduction in conflict is in liberal humanist judgement wonderful, but if only Pinker had spared enough time for what he calls “a liberal education darling” like Hegel it would come across less dogmatic and zero-sum. At one point Pinker does gesture toward that in chapter 4, as he learned from journalist Malcolm Gladwell who argued against him in ‘Do Humankind’s Best Days Lie Ahead?’: for every problem we solve, new problems are generated. Therefore, we can only conclude that humankind’s days will be different, but we cannot qualify abstract “better”. (I made a similar Hegel-inspired point here). But Pinker says “progress can resume when the new problems are solved” – an obscene volume of nuclear war hazards have been created by scientists doing ‘neutral’ science – and it cannot be solved by science nor thus far by Reason. Assuming that everything – it seems – can be solved. The mantle of progress is assumed without its polar, regress; accepting a nonbinary of regression and progression is more reasonable. To put in the quantified terms Pinker likes, it’s an exchange: with our bounded rationality on the scale of all of the humans in all the world and all our histories, there’s no + without some -.

I acknowledge the, to a liberal humanist like me, great pluses but there are minuses as well. To ignore the minuses makes me doubt the pluses more than if they had more weighting in Enlightenment Now.

To cite my original point, we live in an information age, but with more slaves than all of history. “According to the International Labour Organisation (ILO) more than 40 million people worldwide are victims of modern slavery” sourced from the United Nations website. We have the internet but that means unstoppable cybercrime and some unstoppable terrorism.

We do have millions coming out of poverty in China but a gender imbalance and higher suicide rate, and work-stress. And they are coming out of poverty because of a communist party running a capitalist economy (with disregard for human rights) in ways overlooked by Pinker for free-trade American-style that has 8 men (including Bill Gates) owning more than half the world’s population!

To apply over-simple and over-general Pinker-logic that there are more slaves than there ever has been means one can conclude the world is worse than it ever has been. No, we have progressed in agreeable ways because slaves are illegal, say, but also regressed because with nations and transport set up as they are human trafficking is rampant, profitable, and still immorally done more than ever.

To know the rationale for what Pinker seems to believe, one could read up on Anglophone John Stuart Mill, Jeremy Bentham, and the now axiomatic idea of the “greatest happiness for the greatest number”. Enlightenment Now uses their 157-year-old assumptions and value judgements (like an absence of measurable physical pain being happiness, happiness being apparent pleasure though that is more Bentham than Mill) with his own metrics from state statistics. Whose definition of Reason does he use? Remember David Hume, “Tis not contrary to reason to prefer the destruction of the whole world to the scratching of my finger. `Tis not contrary to reason for me to chuse my total ruin, to prevent the least uneasiness of an Indian or person wholly unknown to me. `Tis as little contrary to reason to prefer even my own acknowledge’d lesser good to my greater, and have a more ardent affection for the former than the latter.”

Steven Pinker’s book overlooks David Hume’s Is-Ought problem: lots of this-is facts do not give an outside judge authority (Reason in lieu of deist or pantheist God) for why it ought to be one way or another. The particular dominant, often implicit or unaware, consensus does that. Pinker euphemises the consensus of contingent American liberal-humanists as Reason. I agree with the consensus (except for colonising all peoples in a western image, giving them fridges and burgers), but don’t want it to be dogma. There are observable factors for morality, namely moral intuitionism, as espoused by the more knowledgeable neuroendorcinologist Robert Sapolsky

. But that is still more a, very variable, ‘how’ than a metaphysical ‘why’; liberal humanism is still more a created artificial consensus than a natural discovery. And he ignores this, celebrating its contemporary ‘success’ and ‘progress’ as due to the Enlightenment at the same time as saying we need a revival of enlightenment virtues. But why would we if Enlightenment progress is so obvious from data?

The other side is readable. The brilliant, The Divide: A Brief Guide to Global Inequality and its Solutions, which states “Since 1960, the income gap between the North and South has roughly tripled in size. Today 4.3 billion people, 60 per cent of the world’s population, live on less than $5 per day. Some 1 billion live on less than $1 a day. The richest eight people now control the same amount of wealth as the poorest half of the world combined.” Similarly, there is Bad Samaritans: The Myth of Free Trade and the Secret History of Capitalism by Ha Joon Chang. These do not declare progress, but regress.

Consider too that the planet’s ecology regresses while we’re alive because our ancestors caused two Mass Extinctions and we are causing the third right now.

Or the endangerment of native cultures ask those peoples, Native American or Aboriginals for example. Or read Levi-Strauss’s or about the ‘happier’ and more sexually ‘liberal’ tribes in Margaret Mead’s work.

For more balanced relevance to the Enlightenment, appeals consider the older now-updated The Age of American Unreason in a Culture of Lies by Susan Jacoby. For example, the seven hours the TV is on every day and that most surveyed Americans can’t find Iraq (that American and ally war-torn country) on a map. And more importantly how she argues our problems are intellectual problems: the anti-intellectualism that Pinker seems to fall into casting objections he has come up with (are those objections then if the objectors are hypothetical?) instead of asking for valid objections from just as, and some more, qualified academics.

There are other arguments for regression:

The tangible possibility of eugenics dystopia in The Future of Human Nature by pro-Enlightenment Jürgen Habermas.

The fact that suicide spikes in newly industrial capitalist societies is readable in On Suicide: A Study in Sociology by Emilie Durkheim.

Arguments of counter-Enlightenment philosopher Rousseau, who argued for a state of nature given that bringing abundant capitalism to the native Americans caused depravity, where they were once happy and – if anything – more ‘civilised’ by lack of ‘civilisation’.

The statistical increase in self-harm and low-self worth among adolescents with social media: self harm increases among UK girls that use Instagram.

The lack of nuance and the all-gain mentality fashionable in North America, which Pinker is a long-term symptom of, isespoused in Democracy in America by Alexis De Tocqueville who I spoke of – along with Rousseau – in The Trouble With Democracy

For a wonderful critique of Pinker overreaching himself you can try Cambridge realist philosopher, Simon Blackburn’s reviewof Pinker’s Blank Slate. I eagerly await his review of this book though, like me, for the most part, he will probably agree.

‘Enlightenment Now’ is a good book for breaking high minded ideas into public consciousness – seeing the mention of Humanism and Reason on a BBC program like HardTalk is a gratifying novelty, and reading about how we have progressed in reducing violence is interesting, and rewarding; just not gospel. As I have written elsewhere, Science data is pure, but its macro-scale use never can be. The world is more made-up by us humans than we, especially Pinker, would like to believe. We ought not to forget that and close off possibilities, which risks considering our ways natural enough to be ‘necessary’ to impose on other cultures. For instance, 90% of money, is on computer servers therefore is deletable and immaterial, money exchange is no more indicative of The Market having an objective reality than human-built churches are objective evidence of an Abrahamic God. A book like Enlightenment Now risks obscuring, in the heuristics readers so suffer from how cultural the human would or is and the dominant ideology is not metaphysically right by Enlightenment Rationalising, outside of social construction.