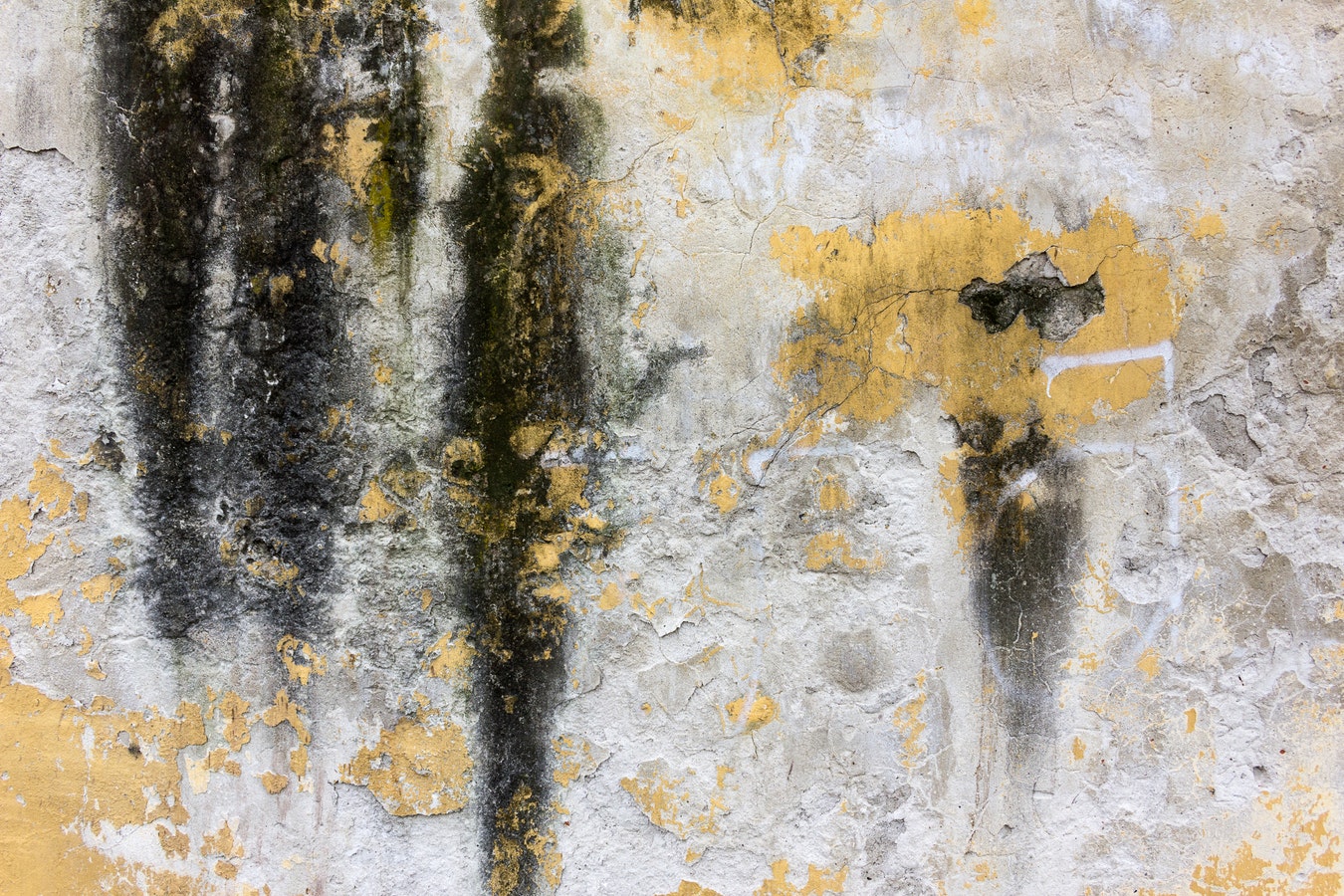 The first time you felt the tingles, you never thought it was strange. At the time, tingles to you just meant some pleasant albeit peculiar sensation related to puberty. You had asked before if others felt hormones going up and down their legs, or as most often happens, down the cranium to the shins in tiny, wonderful, shudders. They said no, so maybe you just hadn’t described it right. Moving the muscles of your skull, be it neck or facial can release pleasure from down below, and vice versa moving them can release pleasurable tingles to above. You somewhat compulsively tickle and massage one set of fingers with the other set; enjoy massage immensely, the scalp-hair especially when stressed; persons you love whispering caring things to your ears; nestling your head; the crinkle of paper; and even the tickling of your back and feet and the soothing feeling of swaying your hair to-and-fro in a bubbled bath can feel brilliant.

As a society, we like to imagine we have moved on from the bad-old-days of Cartesian dualism, where mind is separated from body. But did you find the amount of body talk above concerting? If so, perhaps the dualism persists. The above sensations are, for some medicalised and a sub-culture niche.

The above is enjoying small pleasures, but some of this is deemed a ‘condition’: known as an autonomous sensory meridian response, ASMR, and is enjoyed by millions online. (No neuroscience explains it yet, it might not even be a ‘condition’ deviating from medical norms). Prior to a Google search three months ago, I bundled it under some vague (perhaps imagined, psychosomatic) instances of hormone fluctuations or auditory synaesthesia—feeling sound as though touch, and touch as though sound. But it wasn’t that; it was ASMR. And easily confirmed by testing on the many YouTube videos by ASMR practitioners. Videos with very disconcerting nonsensical titles like ‘Prom Dress Fitting ASMR Measuring Crinkling’ and ‘Sleep Inducing Haircut’ and ‘ASMR Cosy Babblebrook Inn’.

Watching these videos is, for me, comedic and a little frightening while admittedly pleasurable. Frightening because treats for the senses are delivered via a device by a stranger, comedic because it seems silly and taboo to my normalised behaviour, and disconcerting because sharing something so sensual, yet pretty innocent, with strangers feels very very bizarre. What intellectuals, who have become voices in my head, would say about it intrigues: Baudrillard on us enjoying a copy of a copy, or Adorno on the unhealthy aspect of mass culture waylays me. But most especially just how strange it is with them looking and feigning kindness by tilting head to the side and whispering in ordinarily loud situations like that of getting a haircut “is this your first time at my salon [intense stare]” as though you are the first-person camera in a scary and weird tape. Merely enjoying a woman from Portland Oregon sensually talk about her cats and attending a flower show feels quite random, quite out of place in my life.

Sometimes near-sexual roleplay is a key part, with the situations played out by performers who are in positions of authority (innkeeper, vampire, hairdresser) yet choose to mummy or daddy—care—for you in dulcet or mellifluous tones. Notably, there are more mummies than daddies: a gender preponderance. It all feels very silly: like a manual for a Freudian thesis. But it always arouses curiosity be it bewilderment or enjoyment, from whoever I have asked to watch. The eyebrow rise, the eye-twitch and exasperated ‘what the hell is this?’ always amuse.

I say ‘near-sexual roleplay’ because the role of an authority looking after you and the basic play with sensation does have something deeply human about it, related to the complex intersection of sex with sensations, wellbeing and reproduction. It’s more about social comfort than sensation. That, of course, and the combination of settings borrowed from video game Skyrim and anime classic Howl’s Moving Castle are plain weird. Having an eerie welcoming feel in the performance by angelic Youtuber Goodnight Moon, say, who I could far too easily subscribe to. Goodnight Moon is actually pretty tame, having wish-fulfilments of ‘Friend Comforts You After A Hard day’, visiting a fantasy Inn, chilling outside a party, and aquarium viewing commentated by her sugary voice. It is the American vampire who roleplays biting you and drawing blood, saying “I was never a human”, is an example of a weirder part of an already peculiar phenomenon. And you are forewarned if you choose to click:

Though calling such ‘weird’ is merely due to what I am used to from parochial experience; weird too often means the bad kind of different whereas to her video viewer and herself, she is normal and, perhaps, I am the one who is odd. Different does not mean bad. Different does not mean wrong. The vampire fetish being merely a metaphoric extension of ravenous love and sharing each other’s body taken to incredible, and because of its pre-victorian origin surprisingly racy, extremes is not that weird. The popularity of her videos, then, with occasional sadomasochist ASMR themes does make sense among a wider web of cultural metaphors—which takes for a given the huge success of, bestiality and necrophiliac tinged, the Twilight sage for example.

The success of Bob Ross, feel-good soothing landscape painter and presenter, is accorded not to the painting, but to his soothing voice and the repetition of audible brushstrokes. In a way, the feeling of painting is vicariously felt regardless of if one paints along or not. Through the process of painting, of composition, in touch and mind monologue, “what a lovely colour, lovely colour”, and sound-strokes is as much the pleasure of painting as the shades, hence many watch without painting canvases themselves.

Nevertheless, our culture prizes the visual to the deficit of the other senses; tellingly, we assume people watch for the painting rather than the auditory sensory experience of painting. Painting as a verb rather than a noun or adjective is what viewers value. Indeed, where other media like motion cameras and high-grade recorders provide—an albeit selective—duplicate of reality to the senses, graphic arts are valuable for the participatory imagination of their consumer; what the audiences bring to the experience themselves, rather than receive wholesale by the artist. Instead of a sensation given all-at-once by a camera shot, with a painting beholders must imagine and feel themselves into what is happening and the nuances of form in a way now (judging by the thirty-second average viewing of the Mona Lisa) quite lacking. If we are, as the Stoics believed and Shakespeare espoused, what we give our attention to, we are missing out on much of what we could be. In our culture, for one, the pleasures of screen-watching and reading eclipse touch, scent, quiet sounds, motion.

The popularity of Bob Ross and these ASMR videos are on the one hand good because they clearly meet a consumer demand, but on the other such demand is sad for the common consensus has for so-long rendered ASMR experience odd, marginal and as an online-invented diagnosis (it is not an understood diagnosis) a condition of medical deviance: that is, it requires an acronym and pseudo-medical legitimation, rather than being accepted as-is. The stifled natural impulse to enjoy our full range of twenty-five (yes, twenty-five) senses, is lamentable. As Susan Sontag said, most of our experience is not factual, but sensory sensual. Contrary to sense triumphing over sensibility, reason over feeling, belittling some sensory experience and taste for its subjectivity deprives subjectivity, demoting the most important to a second-class status: “to patronise the faculty of taste is to patronise oneself. For taste governs every free — as opposed to rote — human response. Nothing is more decisive. There is taste in people, visual taste, taste in emotion – and there is taste in acts, taste in morality. Intelligence, as well, is really a kind of taste: taste in ideas.”

The popular preoccupation with anthropology and evolutionary science is related to this. As much as we believe we gain as we evolved as Homo Sapiens, part of our nature is neglected by prioritisation of one medium, one style of civilisation and omnipresent technology over other possibilities. For instance, the knowledge of ‘expertise’ has created a culture of producer-serves-consumer and has it that unlike the people of Lesotho, we view singing as a reserve for experts rather than as inevitable; an inevitable part of having vocal cords and musical brains. The knowledge of medical science and divisive belief in objectivity has it that we overlook how much our bodies, subjectivities, want a variety of stimulation—and sometimes matter more than the prestige, in our era, given to scientific peer review. Just like autistic children who go through art therapy to feel calmer and more emotionally grounded, grown children want that also. Though grown children do not get it enough, because art therapy is not extended to art in general, just as autism is not extended to a spectrum of humanity rather than a deviation. ‘Art therapy’ is considered treatment rather than an (also preventative) gift beneficial to all.

And Sontag speaking of intelligence as taste in ideas is so surprising because our notion of subjectivity is severed from what we consider intelligence. As, say, merely intelligence quotient or merely above average memory. Artists are more intelligent than most, in their own way. Our Homo Sapiens ancestors who felt every part of their environment and personified nature with Gods or spirits are, in many ways, more intelligent than us worker moderns. Worker moderns outsource intelligence to information systems; our ancestors may even have had larger brains than us, Yuval Harari says in his books Sapiens. And we, some of us, sadly must have unique sensory experience through screens, and caring intimacy through screens. As philosopher Alan Watts said, you would think with all this progress and civilisation you would see us all playing music, feasting and have orgies—having a good time since we have the material abundance for it; but instead, we work 9 to 5 to watch the high life of others on television. Characters who much of the time do a lot of music playing, feasting and near-orgies on screen.

Watching the multisensory caring intimacy of Goodnight Moon shows an intimacy lack that need be met, watching Gentle Whisperer give a gentle haircut shows a desire to relinquish responsibility and be cared for by an authority rather than the self-reliant individuals we are told time again to be. The admiration and nastiness of the comments shows that despite the declaration of tolerance and embrace of diversity we are nastily prejudiced against the different and nonconventional (try to perform Tai Chi alone in a city square and you will re-realise: I’ve done it) even if in doing we miss the merits of what we disparage because of mere prejudice. And there are hundreds of thousands who have openly enjoyed “auditory stimulation”. ASMR and synaesthesia are not that abnormal a psychology symptom, but more normal than the limitation instituted by our way of life allows: what Sontag names the “urban assault” upon the senses and the numbing of sensibility. As she says, in Against Interpretation, with the new knowledge we have lost the old feeling, the old sensibility, paying the price of filling our heads with ideas instead of filling our time with small embodied pleasures.

Time for us to come to our senses.