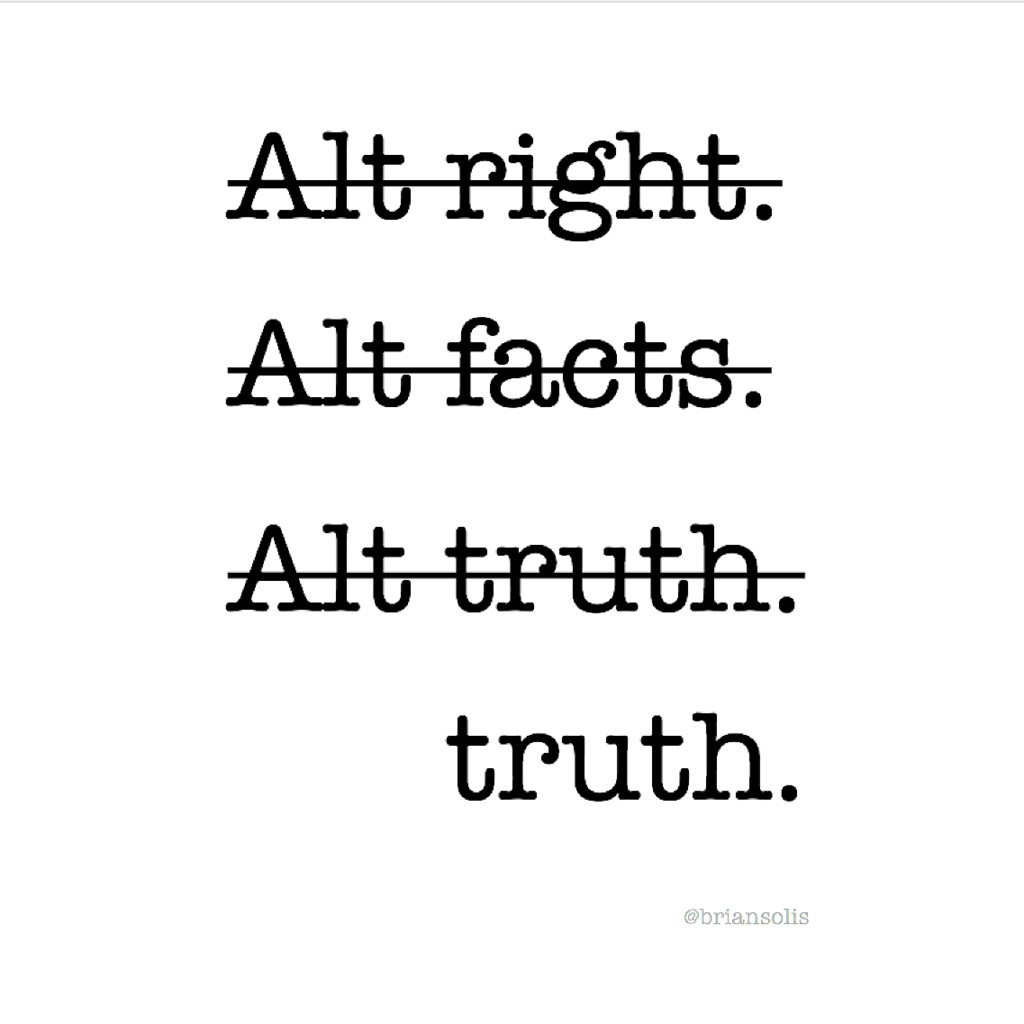 Post-truth scares me. The arguments that there is an after-point where truth and validity are not considered primary just seem like self-refutation, even nonsense. Of course the fragility of our knowledge and lack of objectivity for how the world works is important to know: there is no right way of doing things by default, but that does not mean there is no way of doing things by necessity and justly.

Books like Post-Truth: The New War on Truth and How to Fight Back

and articles like this this one from The Guardian have tried to address the phenomenon of post-truth. And because of the argument by Foucault that words in their spreading can give illusory substance to concepts, I’m wary of using the term, even to argue against it, since that could well, by recognition, consolidate it as a trend that exists more in words than in practice, more in online commentary than in real belief. I was annoyed then in 2016 by the Oxford Dictionary naming it the ‘word of the year’; but they select by word use and relevance, not prescription of what ought to be used and relevant. The wording of ‘post-truth’ also seems like an awkward way of encompassing a perennial problem: the success of massively consumed rhetoric over logic.

But ultimately post-truth is unique to our high technological time and tangibly arises from the clash of the different sets of experience we carry in our heads. If someone has never read a book on politics or logic then they are bound to easily believe it is subjective or arbitrary to the point it can overlap with fiction; just as a language one has never encountered sounds alien enough as to not represent meanings. And as I’ve written in another piece, The Trouble With Democracy, the massive middle classes mean there is more vying and argumentation than there probably has ever been in history; as opposed to the premodern deference to authority. Especially with globalisation and the world wide web the messy combination of these different sets of knowledge and ignorance of others knowledge sets becomes more dangerously apparent. Everyone is to an inevitable degree parochial (narrow, local) and ethnocentric (their own culture centered) and with different scripts of education to follow even more so. That the U.S.A. has state education differences rather than a federalszed (countrywide) education system means that some states populace are, as it were, stuck in incommensurable ‘languages’; different scripts of knowledge and education–but so is almost everyone on the internet. So fake facts and invalid opinions proliferate because the freedom of the internet means there is insufficient sifting of the worthwhile from unworthwhile.

Citizens as workers are preoccupied with their profession or as students with their subjects so the clashing sets of knowledge means chaos is inevitable; without the personal investment rarely will someone take others investments seriously. In the UK the university is so specialised by subject-area that students have a narrow, ignorant, awareness of other disciplines and their knowledge, whereas the U.S and Australian systems are more comprehensive they can sacrifice depth in order to achieve that. That is just how the laws of learning in space-time work.

A Validity Canon that everyone would have to read as children as they once did their religious texts – and still do in parts of the world – would help. Given the role of parts in the whole, any reading of it will give facts and validity higher currency than the fake news and alternatives that spread online.

Below I outline a primer of books everyone should read if they want to fight post truth and pretend knowledge that gives rise to crimes. How science works, good ethics, the myths of gender and of race, and the harm of capitalism, how to read news and statistics critically, and the difference between valid and invalid opinions all feature.

How to discern valid statistics and valid science

How to discern science from pseudoscience and the value of rationality.

Most claims about gender and sex that appeal to nature are overwhelmingly wrong. This book concisely explains how and why.

Noam Chomsky is one of the most cited and most famous intellectuals and critics of the past, and this, century. Talk of the vested interested media is not conspiracy.

Literature is valuable because it makes vivid the contingency of every human life and fills in the gaps of meaning in our lives.

Most people uphold objectivity with no idea what it is: this answers what objectivity means in taste, ethics, science, numbers and history.

How government, and vested interests, works in Britain. Incidentally, how Brexit was allowed to happen because of mere precedent.

University degrees and time spent on inessentials rather than STEM degrees or raising bank accounts are shamed: this is stupid, and this is why.

The subjectivity of ‘that’s your opinion and I’ve got one too’ is refuted here by the rule of probable and improbable opinions, the difference between coherence and faulty logic.

How do material objects like coins and notes and digits get almost spiritual value that is exchangeable–and why?

Success is down to the environment: the idea of self made person is a complete myth and pernicious individualism.

How newer generations are less literate, critical, progressive than they’d like to believe. Ultimately how much of our knowledge is really infotainment dumbed-down beyond recognition.

Ethics is to a degree, nature afterall.

What is good and how can we make more of it.

What is justice? What makes a ‘good’ country is fairness for its citizens and fairness can be judged objectively through the veil of ignorance.

Bad politicans succeed because bad politicians are rewarded in the system. That politicians be good people to win is a myth. If Americans had read Machiavelli or had a culture where that was a norm who would win the presidency?

Race is an unscientific idea that is still implicitly believed–this ventures how this happens and how rational explanations can mitigate.

If only they were made compulsory in the UK, but for that the education secretary would have to read and believe them.