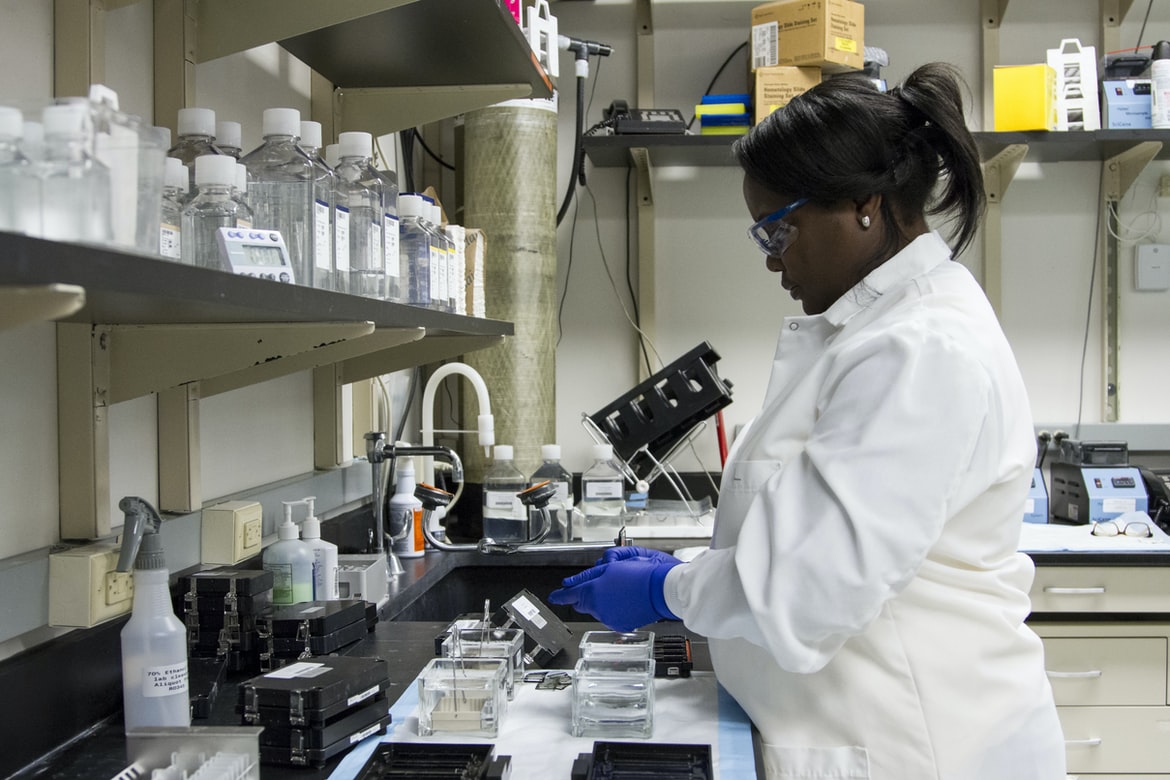 What if the hospital offered you the chance to make a few DNA tweaks that could ensure your children will live happily ever after? Would you recoil in horror, or jump at the chance? If you could turn back the clock would you choose to remove pain, worry, and anxiety from your own blueprint? Would you be you, or a better you, for undergoing such tweaks?

Few questions are more momentous. From Brave New World (1932) to Gattaca (1998) science fiction has flirted with making people incapable of experiencing bodily pain and psychological suffering, through cut-and-pasting the human genome in ways that render happiness a default precondition. Nonetheless, such sci-fi thought experiments imbibe a moral tale, too: for all such utopianism, dystopia emerges. In Brave New World, characters take mood brightener pills, Soma, yet still feel bad emotions and so need to take mood brighteners at all. Meanwhile, in Gattaca, a silver of discontent and resistance propels the lead character to prove the dystopian—and upgraded—intelligentsia wrong in believing that talent depends on genes. Nonetheless, such fiction might mislead us. No amount of effort could enable the lead character in Gattaca to outperform a rival who puts in the same amount of effort but has—an effort being equal—genes better suited to his task; just as no amount of ‘meritocratic’ effort can render height trivial in basketball. For an alternative analogy, more pertinent to wellbeing: consider that being able to endure stormy seas depends on the constitution of the ship as much as sailor management skills; sailors not having to worry about stormy seas at all, or at least far less, has its ethical appeal just as depressives not having to manage their moods does.

Happiness does co-depend on genes; in the pie-chart of lifestyle changes and genetic inheritance, genetics boasts the major share. Think of how inheritable depression is, despite favourable circumstances, for proof of concept. Intervening to tweak, avert, or mitigate such wellbeing genes may be more ethical than inaction. Contrary to science fiction dramas where pain, suffering, and reversals are necessary to human growth and flourishment—the real world offers a different picture. Persons live with congenital insensitivity to pain (CIP), for example, whereby they never feel hurt. Persons with CIP have been known to bite their tongues off, singe their skin, pull their eyelashes out with tweezers, and sometimes jump off buildings. Few make it through life unscathed. Children with pain insensitivity are known to still suffer and cry, for example, if a beloved pet runs away, or over the suicide of a brother, or even upon hearing a sad story. Steven Pete, who has CIP, laments his painless condition, saying: “I hope that one day parents will be able to make a choice for their children who don’t feel pain, to activate that sodium channel so that their children can live a normal life.” Rather than activate the channel, however, the research community seeks to imitate the condition in others and block the sodium channel—to create incredible painkillers for the 1.9bn who suffer recurrent tension headaches. A Stanford university-affiliated think tank, Invincible Wellbeing, meanwhile aims to end suffering through biotechnology.

Its co-founder David Pearce, has argued that we should wield our incipient knowledge to run control trials on CRISPR-Cas-9 modified twins to test what gene profiles are likely to make life less painful, perhaps even non-painful. Tweaking the genetic profile, Pearce says, is wise since children are born into the world via a genetic roulette already, without human intervention. Seeing how to make more winners in that genetic roulette game—and who wouldn’t count people who enjoy life more as winners?—is an ethical demand. I am sympathetic to the mission of mitigating suffering, for example, in identifying what allows 7-8% of people to live life without headaches, and on consensually altering genes for treatment-resistant depression. Nevertheless, the boldness in ‘eliminating suffering’ puts me off. As does the transhumanist mania of Pearce’s book, The Hedonistic Imperative (that like the Oxford University Press published Human Enhancement) raises numerous red flags that point towards eugenics, inequality, and technophilic hubris. A Frankenstein technophilic hubris that comes from not working on any technological projects firsthand. As the real-world example of Steven Pete shows, moreover, some people can feel no pain due to gene variants, but still, suffer. Pain and suffering differ in kind as well as degree.

We must confront the fact, then, that there is no single substrate – origin point, substance, or whatever – for suffering in bodies. Neurochemical and environmental interactions are tremendously complex; having a body minus any suffering, undesirable affect, or decay is as impossible as having a mind without a body. As biologist Richard Lewontin noted in The Third Helix and Biology as Ideology, making changes in dynamic systems is fraught with challenges: removing one gene might have synergistic and unwanted effects that are off the map. Reducing the risk of heart disease, say, but raising the risk of diabetes. Especially given how shared human DNA is with microbial life (and there are around 500 million neurons in the gut) human engineering is the opposite of an easy fix. New solutions, make new problems; a mission to end suffering by these lights is infeasible at best and distracts from other proven methods like making environments better for whatever genes you have, at worst.

But I tempered this belief after I came across the story of Jo Cameron. Her story challenged my beliefs and reading of the available evidence.

Jo Cameron, a Scottish woman studied by a University College London genetics team, offers an example of a life without pain and with ‘productive’ suffering. Her mother’s death and her son’s hospitalisation never got her down; she herself has had few injuries. As Cameron says, “in fact, I never worry about anything”. Why? A small deletion in her FAAH gene (misleadingly named a ‘pseudogene’) renders her painless and, so the theory goes, her raised amounts of amadadine give her a permanently sunny disposition. Incredible. Such a minature change can alter her whole life? It’s both surprising and predictable. Let us consider a brief menu of genes, their emotional effects, and a particularly emotional brain region. Feel free to skip the following, more technical, paragraph if you prefer.

So, being able to feel a different range of emotions because of brain and gene changes makes sense, and is even predictable. Given the number of genes it also makes sense that miniature changes can have sizable effects down the line. What is most surprising is how Jo Cameron feels no pain whilst suffering only ephemeral and proportional moods. My intuition suggests far more is going on in her biology and circumstances than FAAH-OUT (Cameron is, for instance, forgetful) but it is a proof of concept that minimising suffering through changed genes is possible. Afterall, it has already happened in Jo, her son, and inferably in less eminent cases than theirs.

The roots of suffering are many, and I wish to dissuade anyone who wants a biological solution to social problems. For instance researchers who suggest Danish DNA may be the secret to happiness by assuming that controlling for culture, welfare states, and transgenerational epigenetic trauma, is feasible, when in reality, favourable circumstances for the genes’ carriers is the most tenable explanation.

Suffering workplace stress that induces depression, for a hypothetical instance, demands that workplaces become less stressful rather than genetic constitutions more resilient to working stressful hours; opioid crises that stem from low-social status and isolation demand equity and community; ethical care for animals means not eating them rather than editing their genomes – without any deliberation on their part – to exhibit no pain symptoms. All that said, nonetheless, research into the biological substrates of suffering—such as what makes Jo Cameron different from her pain-feeling family, what makes people ruminate more and others not, all else equal—will be a genuine revolution in human flourishing. A revolution that is desirable so long as citizens are able to deliberate what makes the agenda and what technological advances to reject for being too regressive or too dangerous. Invincible Wellbeing is doing its part— coordinating research projects, funding researchers, and offering a $100k prize for the best research project—to bring a wellbeing revolution to sufferers of chronic pain and needless malaise. Such a project, though, is a drop in the ocean for deciding how to best allow human flourishing and may actually detract from more tenable means to alleviate suffering, such as with welfare reforms, seen in nations that come out top in the United Nations’ Human Development Index.

Nonetheless, the choice between social planning and genetic ramifications are no longer opposites. As the behavioural geneticist Kathryn Paige Harden argues, for the comprehensive delivery of equality, ethically wielded genomics and concepts may be an asset. Claims to, for example, deserved wealth as in the case of Bill Gates, are diminished in light of a high-IQ gene-profile paired with a high-income household (his mother worked for IBM and sparked inicpient interest and ample opportunity in computers).

To conclude, then, suffering is not as inevitable as we think—from social and biological and pharmacological interventions, suffering can be diminished, and pain even – should we wish it – be eliminated.

Just what does the future hold? The potential futures of pain and suffering biotechnology research are scintillating and terrifying at the same time.