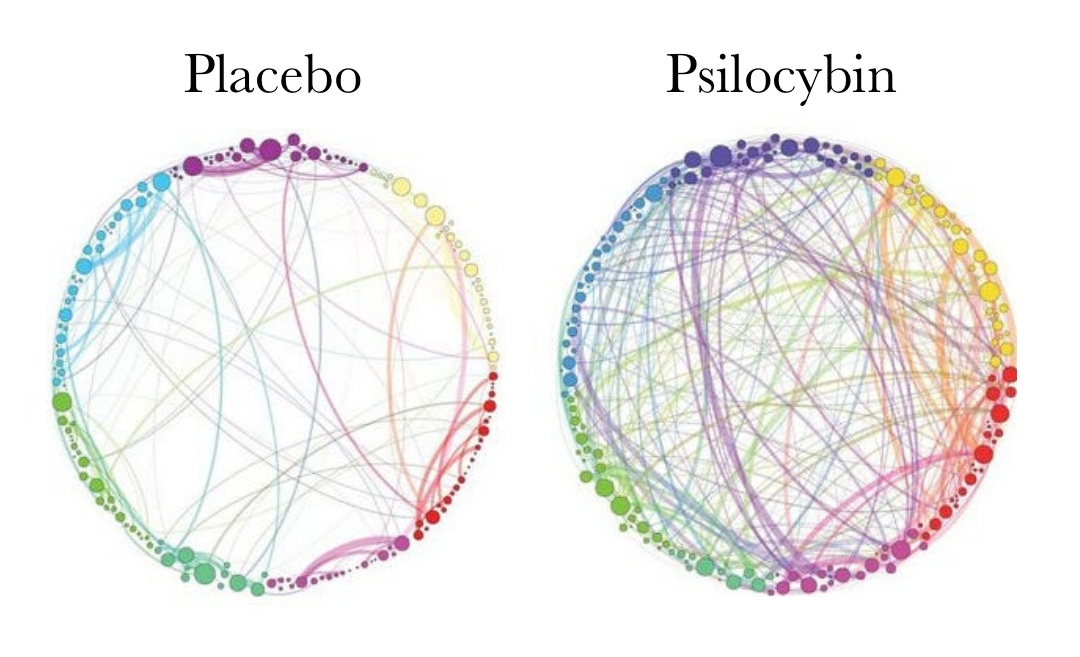 Have you ever seen the movie, The Matrix? The movie offers its protagonist, Neo, the choice between two pills. The red pill allows him to wake up to the truth; the blue pill to continue living a lie. “Take the blue pill and the story ends, you wake up in your bed and believe whatever you want to believe, You take the red pill and you stay in wonderland, and I show you how deep the rabbit hole goes”.

One must wake up to the real world designed to pacify you (swallow the red pill) or acquiesce in living a life in a fabricated world (swallow the blue pill) and wake up none the wiser. The protagonist swallows the red pill—and he discovers the truth. The fabricated world, it turns out, is a computer simulation plugged right into the brain. There are blatant philosophical, sociological, and technological questions The Matrix raises. Part of the answer however is drugs; the option to have no drugs is out of the characters’ hands. Take drugs to see reality or take drugs to disguise reality. In Matrix Resurrections (2021) the drug theme is pushed further, with blue pills sedating Neo against rebellion, at the behest of a questionable therapist, while his revelation depends on the intricacies of ‘set and setting’, a psychedelic term for the right mindset and backdrop to tripping out. The choice between either drug is a curiously binary choice, if you (re)think about it. While mere science fiction fun, the choice does bear resemblance to the real world, and how drugs are contrived among the masses.

There are people out there who think we should all try psychedelic drugs and/or antidepressants. Some politicians invest in a future where citizens can indulge in whatever substances they like. A sizable proportion of citizens in the UK, USA, and China, use drugs as an escape hatch from reality. This could be good for some, who come out revivified, and in other cases bad, for those who come out damaged.

Indeed, people who take psychedelic drugs can come out the other side as though a refresh button has been hit in their brains; they are most in touch with reality, they say. While those who take antidepressants can flourish after quibbles about ‘real’ or ‘genuine’ emotions are seen through.

So, drugs seem to both reveal and conceal, whatever their instantiation—dependent on person, situation, brain, and attitude. The interplay between drugs and other facts in life is seldom acknowledged, in a way reminiscent of the pacifying role the blue pill antidepressant represents in Resurrections. Neo’s problem isn’t that he’s living in a world conspiring against him, but that he has a faulty mindset or broken neurochemistry. The idea that there might be social causes behind the mindset of neurochemistry never enters the equation. A great deal of real world suffering is currently ameliorated via such biochemical means.

The real world is neo-liberal about drugs: meaning that people are held to be responsible for themselves and their lifestyle is a completely personal choice. Examine where most antidepressants are prescribed in England below, though, for a concrete example of how that idea fails against the ground reality.

Money, opportunity, and respect are distributed differently. Where there is less money, opportunity, and respect the NHS distributes more anti-depressants. Many modern day citizens feel themselves forgotten altogether, often railing against losing control to others. This Financial Times article, for instance, reveals what the view from Blackpool looks like for its residents. Many say they are down because they have nothing to contribute to the economy; the town’s glory days have faded. This profile in The Guardian reveals the view from Aberdeen, where most residents are supposedly on cocaine.

The demand for antidepressants has factors beyond the biological—as the correlation between wealth and low antidepressants illustrates. Sometimes things are so dire that more extreme drugs become the norm. So, I’m wary when researchers celebrate drugs as a panacea. A spate of articles celebrate psychedelics therapy, breathlessly and unquestionably, be it in The Guardian, The Independent, The New York Times, The Washington Post, The New Yorker, and documentaries on Netflix, like How To Change Your Mind, and documentaries on Amazon, like Magic Medicine. Psychedelics have made the news for a decade now. The pop-philosophy Youtube channel, The School of Life, even has an article on it, claiming that psychedelic therapy “stands to become a dominant way of doing therapy over the coming years and may be the principal route by which many people will heal from their traumas.” Dr Robin Carhart at Imperial College London speaks of game changing results for psychedelics research in a journalistic stint at The Guardian. Carhart is all for assuaging the mental health crisis through drugs like Psilocybin and MDMA. In Carhart’s words, “Conventional drug treatments have dominated psychiatry for decades, and although many people prefer psychotherapy, it is more expensive, harder to access and arguably no more effective than the [already prescribed antidepressant] drugs.” Carhart neglected to caveat that the conjunction of therapy and drugs is more effective still on the average, hence why I pick this as a telling example. Psychedelics have the appeal of a silver bullet, a panacea, a quick-fix, but hype has outpaced the clinical trials’ evidence.

There are reasons to doubt psychedelics’ research reliability because:

From what I have read and observed empirically on video and in conversation, I think psychedelics may well be a fantastic therapy; but I wish to draw attention to its questionable record. Afterall, even if it makes effective therapy, what is it that renders people so ill and in therapy to begin with? It is actually more cost effective to prevent illnesses which have social causes than to treat them with drugs. The point holds even if psychedelics do enhance subjective states, the baseline of experience can be raised higher through social measures, like work security, subsidised child care, and wellbeing classes in schools. Some solutions are too sensible to be properly implemented.

I realised this vividly in virtually attending one of the Royal College of Psychiatrists conference in 2020. Recurring mental health problems had less to do with the quality of drugs, they lamented, than the quality of livelihoods. I probed about the possibilities of universal basic services or universal basic income as a long-run cost-saver to much enthusiasm. But the problem is that their profession treats down the pipeline and have too little say in the societal pipeline which leads patients to their offices. At the other end, in attending an event at the London School of Economics, all the talk about ‘happiness economics’ similarly fixated on cognitive-behavioural-therapy, but never on preventing the need for such therapy at all.

For all the fanfare in the parade of media articles about psychedelics this reifies that drugs are the cure. In fact however the demand for antidepressants—and even gambling app use, as I write elsewhere—rests on lives of quiet desperation which are exacerbated by social arrangements. Teenage suicides says the Centres for Disease Control have been on the rise for two decades now in America.  The Royal College of Psychiatrists lamentes the mental-health crisis with its unprecedented demands on mental health services. An OECD study surveying young people globally blames cyberbullying, status-anxiety, and loneliness. Self harm, and status-anxiety are linked with Instagram: more evidence points that way than the other way.

The fetish for biomedical solutions to an issue as wide ranging as ‘the mental health crisis’ is a symptom of more systemic social problems, be it exploitative drug industry, declined communities, and status-anxiety-inducing media interfaces. Such daunting complexity is a bitter pill to swallow, when science and research and development takes on the mandate of innovative excuses for societal inaction or sheer neglect.