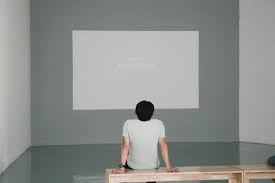 The idea of choosing what media I let into my mind, for the sake of sanity, came into my mind from a rarely informing youtuber.

It made sense to me. I have written polemics on the tropes of the news, and on the negative impacts of the freedom lacking internet before. In my media diet, then, I aspire to be true to my word. Since I learnt Instagram is bad for mental health—making some young girls and boys self-harm, and some young boys and girls chase testosterone gym fantasises—I rarely go on Instagram.

To the contrary of being deemed pretentious (which means over-important, not elitist) I do not find failing to boycott—or sabotage with realist photos—what causes harm, to be of little importance, nor do I think that my small-scale choice failing to affect the millions of Instagram users means that it is preferable to just accept what-is rather than what ought-to-be. (I am almost weaned; I have used it twice in five months).

My own personal rule prior to boycotting has been to post no photos of people on Instagram, but as impersonal aesthetics has been encroached by people, albeit unconsciously, advertising their social status (here are X and Y somewhere expensive) or body status (here are X’s girthy thigs) or here is a woman or man using their erotic capital to receive money-transfer ‘gifts’, I feel obliged to use it less and less. Reddit, Twitter, and the rubbish-pile litter videos on Youtube are also, in my narrow experience, toxic. To the contrary of making everyone happier and connected or giving a vague ‘internet community’, these services have actually triggered me in the past.

The sheer negativity and nastiness of echelons of Reddit, Twitter, Youtube and so forth are just not good for one’s health. Indeed, as I have written on cognitive biases already, such media consumptions tricks one into thinking the world is awful because only what is awful is profitable for attention. Only what is awful gets published and exactly because it is horrible—remembered. In polls, we report we think the world is getting worse more than ever; when in fact it is improving in multiple ways more than ever.

Consider this: however an extreme or mild line you draw for defining poverty, poverty has reduced overall. And if media outlets honestly and representatively reported the facts of the world they could have published the headline:

Historically, we are blessed to live in a time where universal rights in theory, and campaigning, are extended to everyone. And where there is the largest number of people with the least violence. The threat of terrorism is minor and actually a sign of weakness—it is not an army or a real threat but an inflated one, like a mosquito drawing blood from oxen. The supposed ‘culture wars’ between east and west are less diametric and the values of 1960s westerners are comparable to Middle Eastern youths today; they are not as many, especially American, media outlets suggest, malicious people. Those who transgress the western standards embraced by many native oppressed women and members of minorities means the oppressors have to learn and adjust to a changing culture. Just as happened in the west, quite recently. Even our social pain is a luxury: if we had the pain of hunger, hard labour, disease and dead mothers and siblings, then failing to become an outlier celebrity would never make the limelight.

Yet because of the disjuncture between representation and media, I tend toward ambitious journalistic publications. Some of which I recommend as an antidote to hysteria and the misapplication of the democratic promise whereby consumers would filter out the nicest and most informing sites. Websites like Medium and Quora show that consumers do not choose and click-vote what is nice, informing, fact-backed or even encouraging – most of the time.

Consuming these media has been better for my mind. This is my own prescription. For current affairs I use The New York Times; this article refers to fundamental news, not what gets called new most often.

Academic essays and articles which give answers worth reading. It makes me feel wholesome.

Academic essays and articles which give answers worth reading. It has fallen prey, like the BBC website, to clickbait and the fallacy of quantity being equated with quality. A fact which undermines its top articles being in the same neighbourhood as (who-cares?) lesser articles. Still, like Aeon it is more engaging than mere reportage.

A podcast of academics discussing topics ranging from Freud, human evolution, Candide, and China. Why only raspy Melvyn Bragg has to present every single episode I know not why, but the caliber of discussion enlivens me.

These videos and their treatise-like essays address perennial problems and market high-minded ideas into the everyday. The espresso intellectual approach—reducing every intellectual to a number of talking points—is breezy listening but reductive. Still, to reach a mass audience it has to be reductive. Only reductive ideas effect change in the social world; privileged (rich swiss, Cambridge educated) Alain de Botton’s ambition to change the world is likely coming true via changing millions of minds through the lure and ease of video.

Honourable mentions include The Atlantic, The New York Times, The Financial Times, and The New Yorker. Unfortunately, the advent of online devices means that while you can access these from mobile applications on your favourite screen, the editorship and content management and therefore the reading-experience of the paper-versions has taken a decline in quality. Indeed, the Sunday Guardian or The Telegraph supplement is often more entertaining. Overall, though, these are great media outlets. I subscribe to the New York Times. Radiolab could edge out In Our Time if it were committed as much to the substance as it is to sound effects and lame jokes; Radiab has fantastic guests and topics such as discussion of the innate language acquisition of tween deaf-mutes. Discoveries which verify Noam Chomsky’s generative grammar theory that language and grammar are innate in origin.

The first four are best for having enduring rather than newsy value, and as sheer memorable entertainment.

Surely, allocating to having less rather than more in a media diet is good. Whereas in the past censorship worked by limiting information, censorship now paradoxically works by giving too much. We never know totally how the world works. Our thinly spread attention blinds us. And anyway, how would you have the time or the memory for all the fleeting info out there?

Best to make it count.